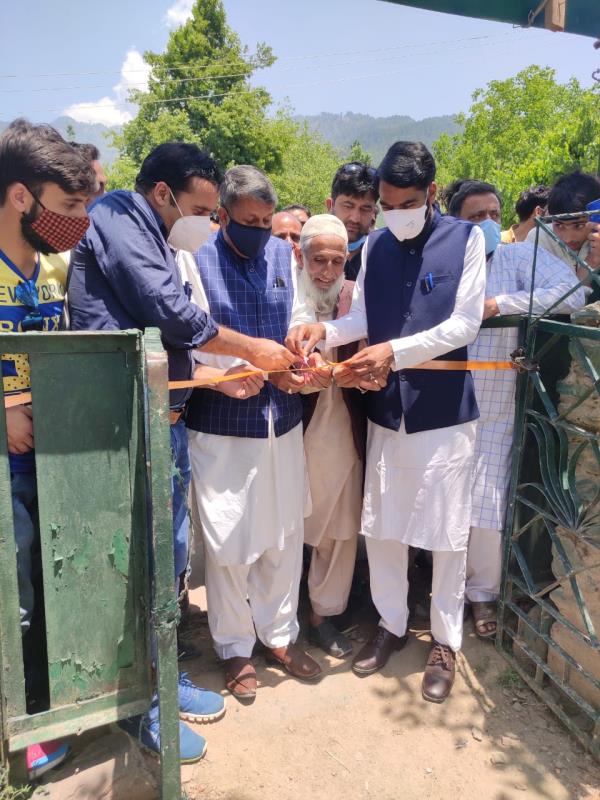 The Vice Chairperson directed the Engineers to prepare the Detailed Project Report (DPR) of Allama Anwar Shah RA Stadium within two days.
He told people there that the stadium will be developed on modern lines and it will be one of the best stadiums in the whole District Kupwara.
In a message VC thanked Deputy Commissioner Kupwara Imam Din who played a positive role for its construction. He also thanked Director General Youth Services and Sports Dr Saleem u Rehman for his courteous attitude and help regarding construction of this Stadium
Later, Vice Chairperson Visited Higher Secondary School Maidanpora and inspected the construction of two building blocks constructed by R&B and SMAGRA.

On the occasion, he was informed that Jammu and Kashmir Sports Council has to construct the concrete badminton court on an amount of Rs 4.52 lacs for which earth cutting was done on papers but not on spot.

VC directed the concerned to present detailed report within two days. He also directed the concerned contractors to speed up the work on both the buildings and complete them within stipulated time.
The Vice Chairperson also went to Shartpora Krusan Maidanpora along with BDC, concerned PRI and employees of PDD and found that there is need of ten electric poles for the easy connection of HT Line.