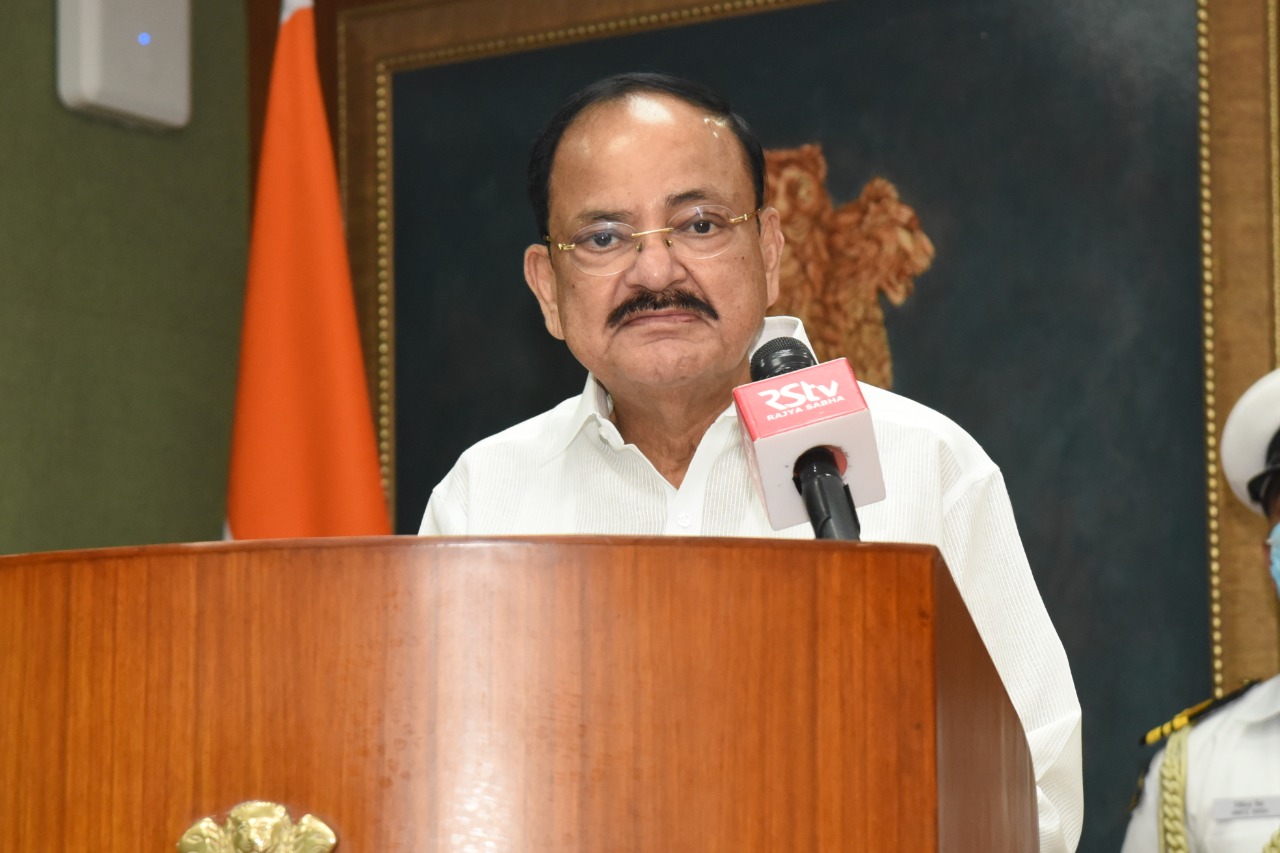 New Delhi:The Vice President, Shri M. Venkaiah Naidu today called for reviving the Gandhian ideals in a world that is increasingly raven with the social, political, economic as well as environmental problems. He said that the world today needs a healing touch and that is what Gandhian ideals can give us.

The Vice President made these remarks while delivering the valedictory address through a pre-recorded video at the International Webinar on “Gandhi and the World” organised by the Indian Council of World Affairs (ICWA). The two-daywebinarwas organised by ICWA to culminate with the two-year celebration of Gandhiji’s 150th Birth Anniversary.

Highlighting the timelessness and relevance of Gandhian values, the Vice President said that they acquire greater relevance in a world that is facing new challenges.

Talking about the ongoing COVID-19 pandemic, Shri Naidu said that when the world experienced a similar challenge in 1918 during the Spanish Flu, Gandhiji spoke about the need to understand the pain of all people, especially the poor and the underprivileged.

Calling for empathy and not sympathy towards poor, the Vice President called for extending a helping hand to the needy and mitigate their hardship during these testing times.

He also drew attention to Gandhi Ji’s advice to follow the norms that needed to be maintained to protect oneself from the global health challenge at that time.

Government engaging stakeholders to pave the way towards…

Stating that Mahatma Gandhi’s birthday is recognised and celebrated as the ‘International Day of Non-Violence’ by the United Nations, Shri Naidu said that it is a constant reminder to the world that peace is an essential prerequisite for progress. “Mahatma Gandhi had showed the world a novel mode of struggle against injustice, a novel way of life through his message of Truth and Non-violence”, he added.

Expressing happiness over the fact that scholars from India and 14 countries were participating in the webinar, Shri Naidu said that this underlines the importance of Mahatma Gandhi’s messages, values and teachings and their eternal relevance- cutting across barriers of race, class, creed, gender and geography.

Calling Satyagraha and Ahimsa as the two pillars of the Mahatma’s philosophy, Shri Naidu said that he became a beacon of light for the oppressed in the 20th century and continues to be one even today, 72 years after his death.

Describing Mahatma’s unwavering belief in the innate goodness of humanity, he said that Mahatma believed that there are no evil people, only evil deeds. “The universal themes of truth, non-violence and peace are probably more relevant today than ever before”, he added.

The Vice President also said that the Mahatma’s greatness lies in his ability and willingness to learn. He not only influenced the world deeply, but allowed the world to equally influence and inspire his ideas

“Mahatma’s views and principles will continue to be the guiding light for overcoming various challenges facing the humanity—from promoting sustainable development and self-reliance to combating terrorism”, VP added.

Quoting Gandhi Ji’s words that “there’s enough for everyone’s need but not for everyone’s greed”, the Vice President emphasised the need for sustainable development in a time when increasing environmental exploitation is spelling disaster.