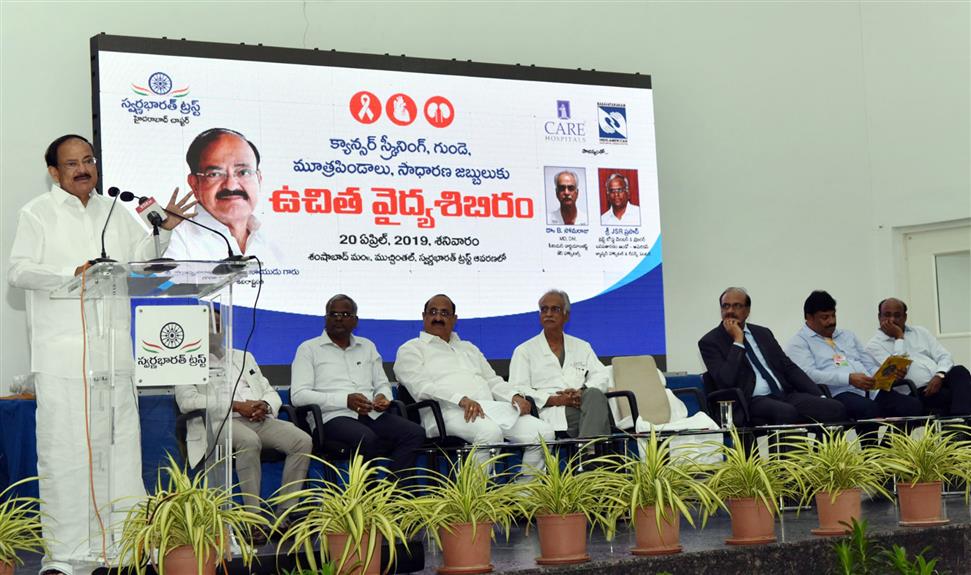 New Delhi: The Vice President of India, Shri M. Venkaiah Naidu has urged the medical fraternity to create awareness among the people, particularly the youth, on the dangers posed by changing lifestyles.

Shri Naidu, after inaugurating a free Medical Camp at Swarna Bharat Trust, in Hyderabad today, expressed his concern over the rising trend of non-communicable diseases and urged people to avoid sedentary lifestyle and unhealthy dietary habits.

The Vice President asked youth to shun junk food and pointed out that traditional Indian food was time-tested, seasonal and suitable to Indian climatic conditions.

`Stations of The Cross’ at Don Bosco Centre; Karjat draws…

Stressing the need for building a healthy nation, the Vice President said that the spread of non-communicable diseases, unequal access to healthcare and rising costs were the major challenges in the healthcare sector. Calling for concerted efforts to remedy the situation, he said all stakeholders, including NGOs, government agencies, hospitals and doctors should join hands right from the community level in this regard.

The Vice President also wanted the urban-rural gap in providing modern healthcare facilities to be bridged and urged the private sector to supplement the efforts of the governments in catering to the rural population. Pointing out that hospitals in rural areas were facing shortage in terms of infrastructure and human resource, he suggested a mandatory rural service for young doctors after passing out of the college.