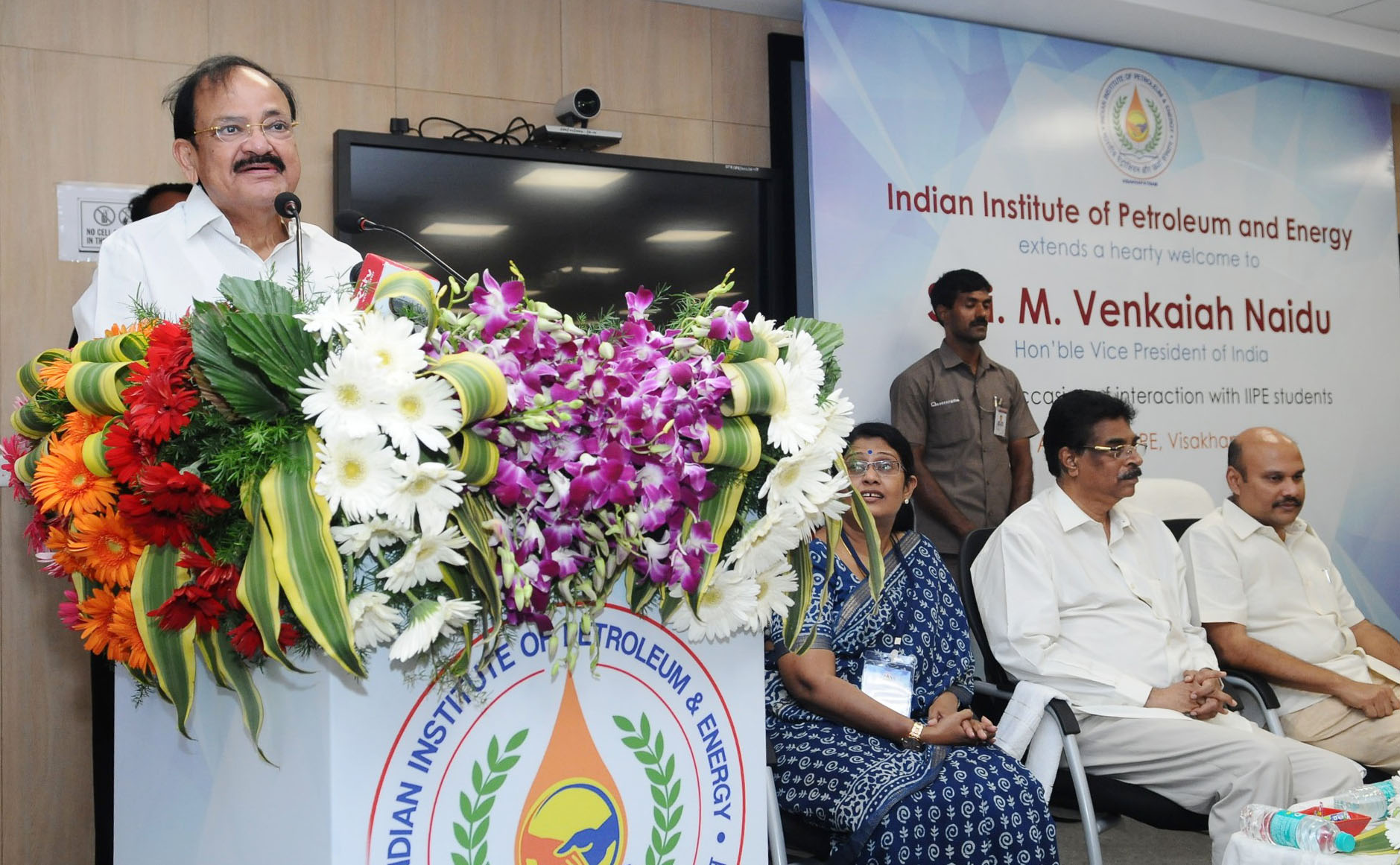 New Delhi: The Vice President of India, Shri M. Venkaiah Naidu has said that the Centre and States must work as a team to develop the nation and country cannot progress without States. He was interacting with the students of Indian Institute of Petroleum and Energy (IIPE), in Visakhapatnam, Andhra Pradesh today.

Talking on the need to bridge the gap between Rural and Urban areas, the Vice President said that development must reach people in rural areas. Connectivity is crucial in developing rural areas, he added.

The Vice President said that the right energy mix of Solar, Thermal, Hydel, Wind, Oil and Gas will be a solution for India’s growing energy demand. He further said that IIPE intends to promote the quality and excellence in the education and research in the petroleum and hydrocarbons and it plans to fill in the skill gap in the Oil and Gas sector. Petroleum and its products provide fuel for heating and lighting, lubricants for machinery and raw materials for a number of manufacturing industries, he added.

The Vice President said that Industrialization, Rapid Urbanization, Rising Income Levels, and other factors are spurring demand for oil and gas. He further said that India has 18% of world population and the per capita energy consumption is estimated only about 5.5% of the world’s energy. Every Indian citizen aspires for better living standard and hence the requirement of energy is bound to increase in India, he added.

That Vice President said that there is huge potential for solar energy and we have not exploited even one percent of the Solar Energy potential in the Country. He quoted the Prime Minister as saying India’s Energy Future has four pillars – Energy Access, Energy Efficiency, Energy Sustainability and Energy Security.

That Vice President said that India today has a predominantly young population, and the time has come to tap the skills and talent of the youngsters to achieve what is commonly described as demographic dividend. He further said that India has a very rich heritage, culture and traditions. We must go back to our roots to find solutions to the modern day challenges, he added.