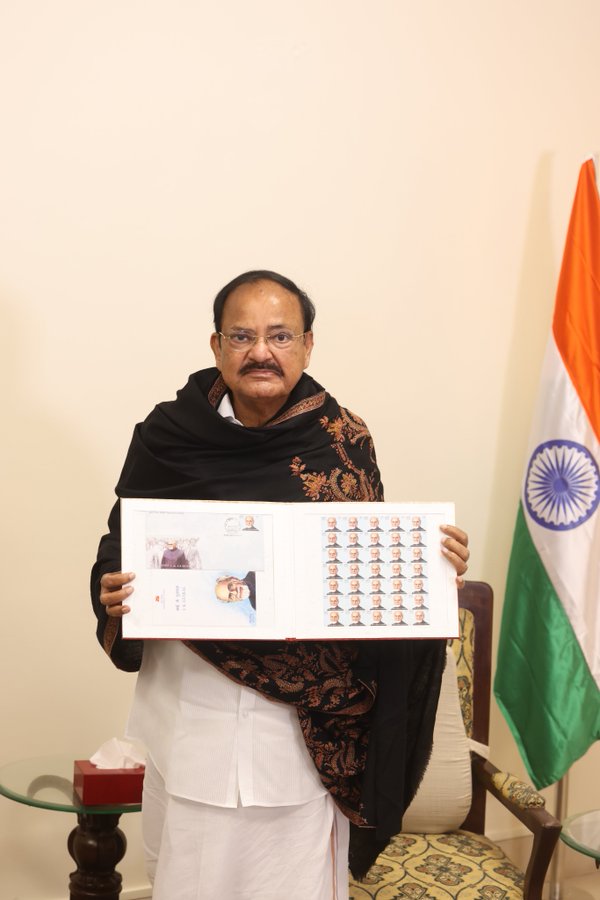 The Vice President said Shri Gujral was a learned man, soft-spoken and a “gentleman-politician”, who never compromised on his values irrespective of the challenges or hardships he had faced. “Bearing an amiable demeanour, he was courteous to a fault and made friends across the political spectrum”, he added.

Describing the former Prime Minister as a multifaceted personality, he recalled that he had authored several books and used to enjoy reading and reciting poetry. He will be always remembered for the ‘Gujral Doctrine’ enunciated by him during his tenure as India’s External Affairs Minister, he added.

Appealing to all politicians to consider their opponents as rivals and not enemies, the Vice President wanted them to maintain good social relations. Asking all parties to follow the policy of ‘Nation first’, he wanted them to put their differences aside and support foreign policy in national interest.

Pointing out that South Asia was home to almost a quarter of the world’s population, Shri Naidu stressed that the SAARC regional grouping could become an effective and vibrant network to promote prosperity and well-being of the vast multitudes in the region only if all the countries come together sincerely in stamping out the scourge of terrorism.

Unless totally wiped out, the menace of terrorism would negate all the efforts to create a prosperous and flourishing future for all the people in South Asia, the Vice President cautioned.

Reiterating that India always believed in peaceful co-existence with all its neighbors and in maintaining friendly relations, the Vice President said: “Unfortunately, we have been facing relentless state-sponsored, cross-border terrorism for the past several years”.

The Vice President also wanted the United Nations to play a more pro-active role and step up its efforts in isolating nations sponsoring terrorist activities and in imposing sanctions against them. “The conclusion of deliberations at the UN and the adoption of the Comprehensive Convention on International Terrorism cannot brook any further delay”, he added.

Shri Naidu said the potential and scope for cooperation and development of the South Asian region was huge and all the countries must seize this opportunity to build a better and brighter future for the people by eliminating barriers like poverty, illiteracy, corruption; providing quality education and healthcare; ending gender discrimination and according priority to enhancing the overall quality of life.

Emphasizing that peace and development should take precedence over everything else, he said “peace is the prerequisite for progress and no development can take place without peace”.

On this occasion, the Vice President emphasized the need for greater participation of women in leadership roles and expressed his happiness that the number of women judges has reached 13 in Madras High court, the highest in the country with the elevation of four women to the bench yesterday.

Complimenting the Madras High Court, the Supreme Court and the Governments of Tamil Nadu and India for this commendable initiative, he called it worthy of emulation by others. Drawing attention to the low number of women judges in High Courts and Supreme Courts, Shri Naidu expressed his concern over their under representation of women in the higher judiciary.

The Vice President further said that the number of women in leadership roles in politics, public administration, corporate governance and civil society organizations has been steadily increasing over the years both in India and the world, but their representation has to be increased further. Expressing his concern over the low representation of women in the legislatures in the States and in the Parliament, Shri Naidu called for enhancing it significantly through necessary political and legislative initiatives. He said that the 17th Lok Sabha has the highest number of 78 women members accounting still only for 14% of the total.

Maintaining that reservations for women in the local bodies in our country have brought lakhs of women into leadership roles, Shri Naidu called for ending the prejudice against them, adding “it can’t be the ‘men’s world’ any longer”. Women deserve their share of opportunities to express themselves in all forms in the emerging knowledge society, he added.

Stressing that gender based discrimination has no justification, Shri Naidu said that on the contrary, giving women their due would make our homes and the world better places to live. He stressed the need to focus on removing the entry barriers to women and said that women deserve high seats in all spheres of decision-making including the judiciary, legislatures and governance.

Shri Naidu also appealed to the people to not lower the guard and continue to take all precautions by following COVID-19 protocols like wearing a mask, frequent hand-washing and maintaining a safe distance.

He also wanted that present generations to be made aware of the life and contributions of great leaders such as Shri Inder Kumar Gujral.