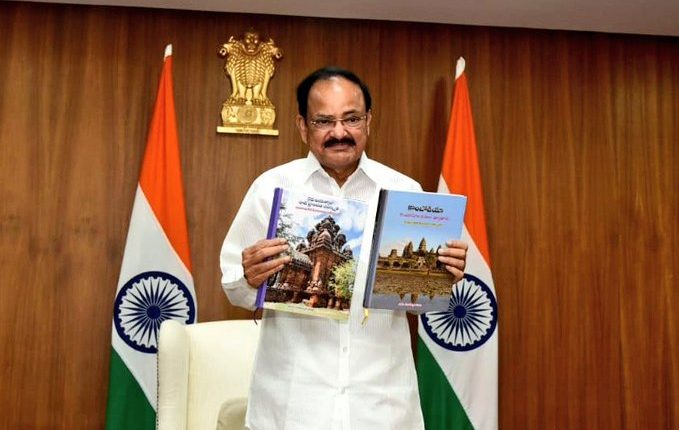 New Delhi: Vice President, Shri M. Venkaiah Naidu today stressed the need to accord priority to mental wellbeing as a public health issue in the wake of the COVID pandemic.

Observing that fast-paced sedentary lifestyles can cause stress and anxiety among people, he suggested that a spiritual outlook to life can relieve tensions. He urged religious leaders to take the message of spirituality and service to the youth and the masses.

Noting that the Indian way of life envisioned the entire world as ‘one family’, Shri Naidu wanted the youth of the nation to uphold India’s ancient ethos and tradition. He also urged the youth to visit our monuments of art, architecture and culture and take inspiration from the glorious symbols of our past.

The Vice President also observed how temples in India have played a central role throughout our history as important centres of learning, art, culture and religion. He noted that temples, being an integral part of the social life of people, were crucial in maintaining social harmony. He also cited how temples flourished as focal points of music, dance, drama and sculpture. Temples were also pivotal during the Swarajya movement, Shri Naidu remarked.

On this occasion, Shri Naidu paid rich tributes to the late former pontiff of Kanchi Kamakoti Peetham, Swami Jayendra Saraswathi on his birth anniversary and recalled his social welfare activities in health and education. The Vice President commended the author for his efforts in bringing out the books and giving a rich account of the temples in Cambodia and Vietnam.

Blockchain is the future of all transactions: Dean, Blockchain Programs, IIIT Hyderabad