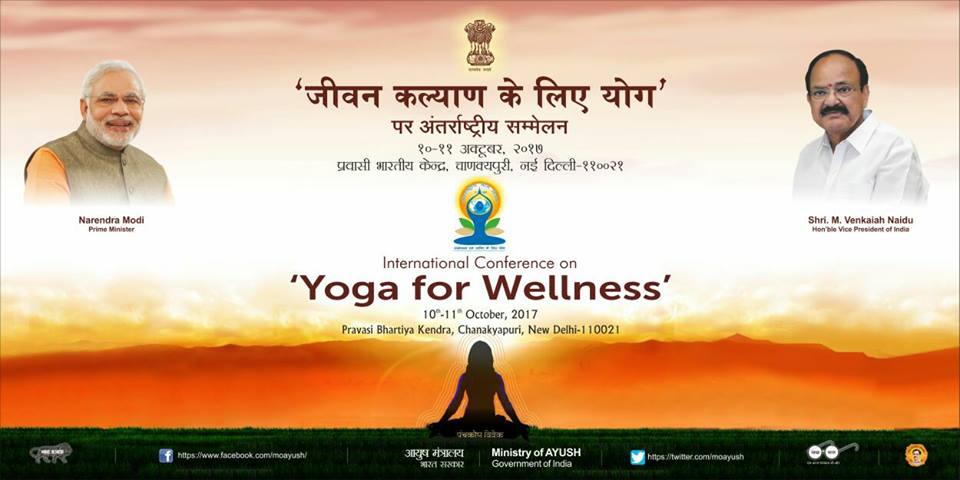 The conference is being organized by Ministry of AYUSH as a part of commemorating the celebration of 21st June as International Day of Yoga declared by the United Nations. Secretary (AYUSH), Shri C.K. Mishra, Special Secretary, Shri Vaidya Rajesh Kotecha and Yoga Gurus of International repute will also be present. About 500 delegates including 69 from 44 overseas countries are registered to attend the conference.

Yoga focused deliberations of the conference will be organized in six technical sessions followed by Panel Discussion among 16 interdisciplinary experts from prominent scientific institutions. The thematic areas of deliberations include Yoga research in non-communicable diseases and scope of Yoga in Integrated Medicine, Control of Cancer, Depression, Gynecological disorders and Pain Management. 25 national and international experts will be the speakers and 11 highly reckoned resource persons of Yoga and Medical field as Chairpersons and Co-chairpersons of the technical sessions.

The conference will conclude with a Valedictory Function to wrap up the proceedings in the presence of Minister of Road Transport, Highways, Shipping, Water Resources, River Development and Ganga Rejuvenation, Shri Nitin Gadkari as Chief Guest.

This conference will provide a common platform for the AYUSH and Allopathy Practitioners, Researchers, Academicians, Policy Makers and students and enable them to capture and understand various dimensions of yoga for wellness.

Interest and enthusiasm for Yoga has increased tremendously all over the world during the last three years with the UN declaration of International Day of Yoga and its global celebrations. The International Conference has been organized with the technical and logistic support of Central Council for Research in Yoga & Naturopathy and Moraji Desai National Institute of Yoga and it is an attempt to project the potential of Yoga in the management of certain health problems and for promotion of wellness and for sharing of scientific experiences.

This will be the third International Conference on Yoga organized by the Ministry of AYUSH. The last two International conferences on the themes of ‘Yoga for Holistic Health’ and ‘Yoga for Body and Beyond’ were organized in 2015 and 2016 respectively.