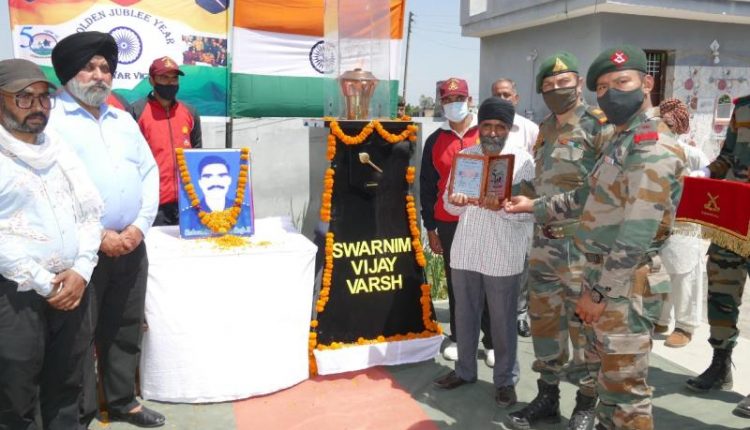 Samba: As part of the ongoing Swarnim Vijay Varsh celebrations, wreath laying was organised at the memorial of 2 Lt Arun Khetarpal with full military decorum to honour the supreme sacrifice of the Param Veer Chakra awardee in the Battle of Basantar, Samba in 1971 war.

Later, the victory flame was taken to Capt Bahadur Singh’s house, a Veer Chakra awardee in 1971 war. A memento was presented to his nephew while the pious soil of his homeland was collected which would be taken to New Delhi War Memorial in recognition of his valour & contribution to the nation.

Training session on FMD-CP held for Veterinarians at Ramban