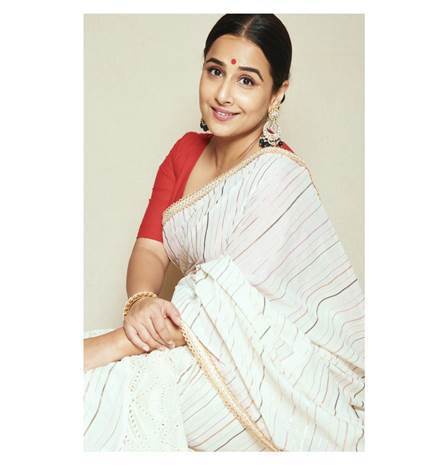 New Delhi: Cuemath, the math learning edtech platform has associated with none other than the charming, witty and razor-sharp Vidya Balan as its new brand ambassador. Bollywood’s Ms. Perfectionist, known for her choice of power-packed performances and penchant for playing strong female characters including genius mathematician Shakuntala Devi, Vidya does not pull any punches while taking up the cause of math learning in Cuemath’s new ad campaign – in a captivating manner.

Set up in 2013 by visionary teacher and founder Manan Khurma, Cuemath is among the top ed-tech brands in India, having imparted an impressive 25 million+ classes to more than 40,000 students across geographies so far. And it continues to grow from strength to strength.

Excited at her association on becoming Brand Cuemath’s new face, Vidya Balan said, “I attended a Cuemath demo class while researching for my last film. Imagine my surprise when 45 minutes into the demo, I learnt to visualise math concepts with simulations. I never thought I could SEE Math! I was further astonished when the teacher gave me an example saying two medium 8” pizzas have less pizza as compared to one large 12” pizza. WOW, I have been ordering pizzas the wrong way. It’s the area of the pizza that matters and not the diameter, so next time you know what to order! It’s this Cuemath way of making Math fun and taking the anxiety away from it that appealed to me immensely and is the future of learning in the 21st Century.”

Talking about the Cuemath way of teaching Math, CEO Manan Khurma says, “With our classes, we have steered clear of the traditional board teaching method. We help children learn Math organically by visualising concepts from different points of view, building their own mental models and algorithms, developing logical reasoning by finding multiple answers, and applying math in everyday thinking and problem solving. Our aim is to train our future generation at not just solving Math problems easily, but also tackle the challenges that life throws up with confidence and logic.”

The latest TVC by Cuemath tackles Math in a fun manner by laying out a situation where a child is able to order more pizza for less money due to the application math he’s been learning with Cuemath, hence making better decisions and maximizing fun.

The idea was put to paper in a crisp way by the creative agency Simple Tribe and shot by Offroad Productions. Directed by Manoj Tapadia and produced by Laxman Uttarekar, Vidya just shines in the film along with Nitesh Pandey and child actor Purab Mody.