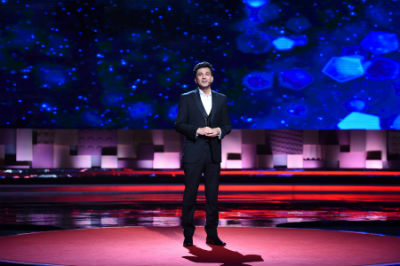 Mumbai: We all know Vikas Khanna, the award winning Michelin starred Indian Chef best known for his recipes and cook books, but do we know how he reached the top? Well, he will be seen in the upcoming episode of TED Talks India Nayi Soch talking about his journey from Amritsar to New York.

The upcoming episode of the show titled ‘Pursuit of Happiness’ will see a number of brilliant speakers sharing their quest of finding happiness in the things they do. Vikas Khanna will be seen sharing his journey of what motivated him to become a chef and how he battled towards being one of the best known chefs of the world!

On presenting his speech on TED Talks India Nayi Soch, he said, “I am really excited about this one. I will be sharing my personal stories for the first time on national television.”

He shares a small message, “I have found my happiness in chopping, cooking and feeding everyone, I hope you all find happiness in the things you do too.”