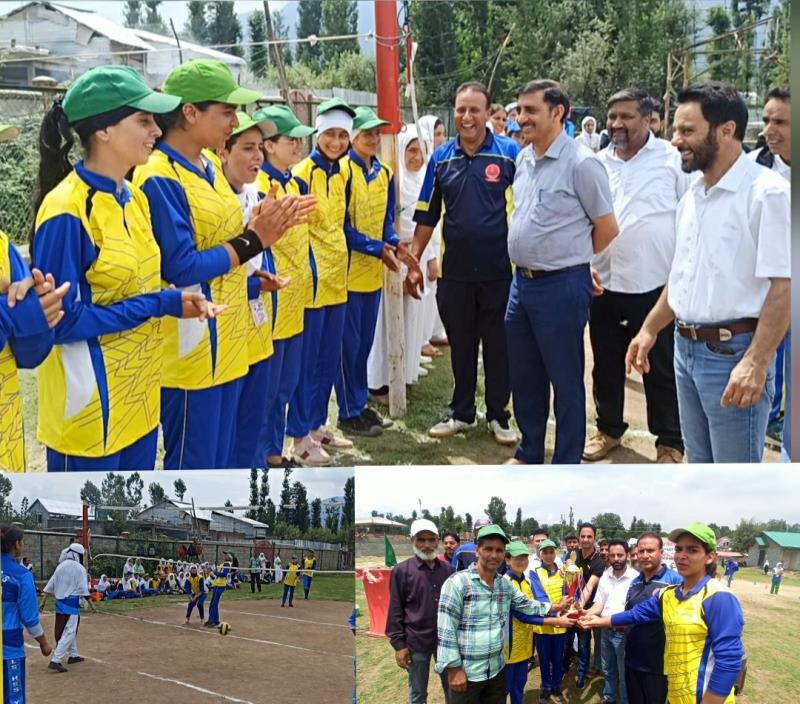 KULGAM  : Today Volleyball tournaments of Under 19 girls and Under 17 Boys concluded here at Kulgam today with the final matches played between the teams of both the age categories.

On the occasion, Additional Development commissioner Kulgam Showket Ahmad Rather was the chief guest.

Later, an Award ceremony was also organised to felcitate the players and teams.