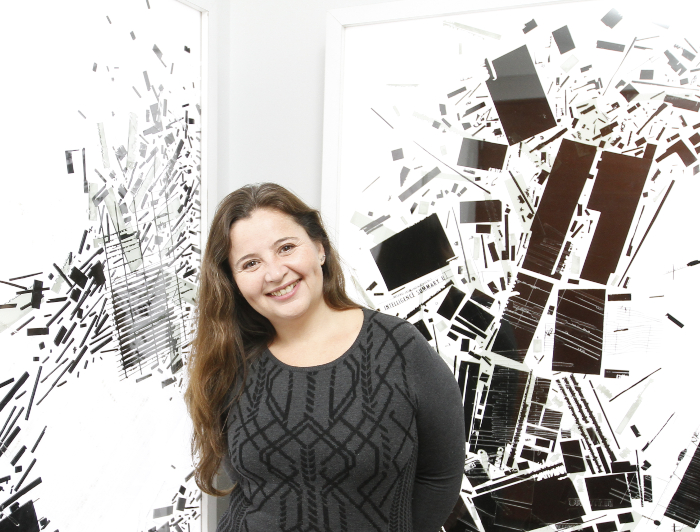 The artist and professor at the UC School of Art was the winner of this international distinction that seeks to honor the production of artists from Latin America for their innovations, research and influences on contemporary art. The proposal that led her to obtain this recognition will be presented at the Museum of Modern Art in Bogotá, in May 2021.

“I feel behind me the collective struggle of many generations of women who could not enjoy a distinction as significant as this ,” said Voluspa Jarpa when she was chosen as the winner, among a score of creators from Latin America and the Caribbean, of the first edition of the Julius Baer Prize for Latin American Artists on November 26.

The jury, made up of important representatives of the Latin American milieu, chose the proposal of the academic from the School of Art to be exhibited on the third floor of the Museum of Modern Art in Bogotá (MAMBO), in May 2021. In addition, the artist will receive a cash award of $ 25,000 to produce the work and the support of the Julius Baer Art Collection and MAMBO throughout the creative, execution and assembly process of the draft.

“It is made from perplexity and anger but, above all, from deep love for young people, who reveal themselves and rise up with the aim of making Latin America a better society. For them, my admiration, respect and wishes that the dignity claimed, shape our near future ” , says Voluspa Jarpa about the proposal entitled Sindemia.

For this recognition, the historical value of the work was highly valued, with a proposal that was chosen by the jury both for its relevance and for its attention to the Latin American reality.

“As relevant, as painful and necessary, that it focuses on the mechanisms of oppression conceived by an authoritarian regime in the face of national protest. Voluspa Jarpa confronts sensitive issues related to the Chilean reality, marked by violence and serious police abuses; but also resonant with the current Colombian context and, by extension, with many other parts of the world that face the same reprehensible circumstances, ” said Eugenio Viola, member of the jury and curator of MAMBO, about the project.

With humility and gratitude, the academic from the School of Art received this award while continuing to recognize the work and career of the other finalist artists: Sandra Gamarra Heshiki (Lima, Peru, 1972); Sandra Monterroso (Guatemala City, Guatemala, 1974); Rosângela Rennó (Belo Horizonte, Brazil, 1962); and Mariela Scafati (Argentina, 1973).

“I honor this recognition received from your hand, and I thank all the people who have collaborated with my artistic work , ” he said.

As well as expressing her admiration for her contemporaries, Voluspa dedicated a few words to her students and to the Latin American feminist movements.

“I hope this can be inspiring for them. It is my sincere wish that the merits of women occupy a place of relevance in the public world and our contribution to art and ideas is disseminated, since we are a significant part of society and we have things to say and show, “he said.

The Julius Baer Prize for Latin American Artists seeks to give female creators from Latin America and the Caribbean the opportunity to share their artistic thought and production, at the same time contributing to the promotion of their creative development. In this way, it is proposed to expose the work of pioneering artists in the exploration of art and who are among the most influential and innovative of our time.