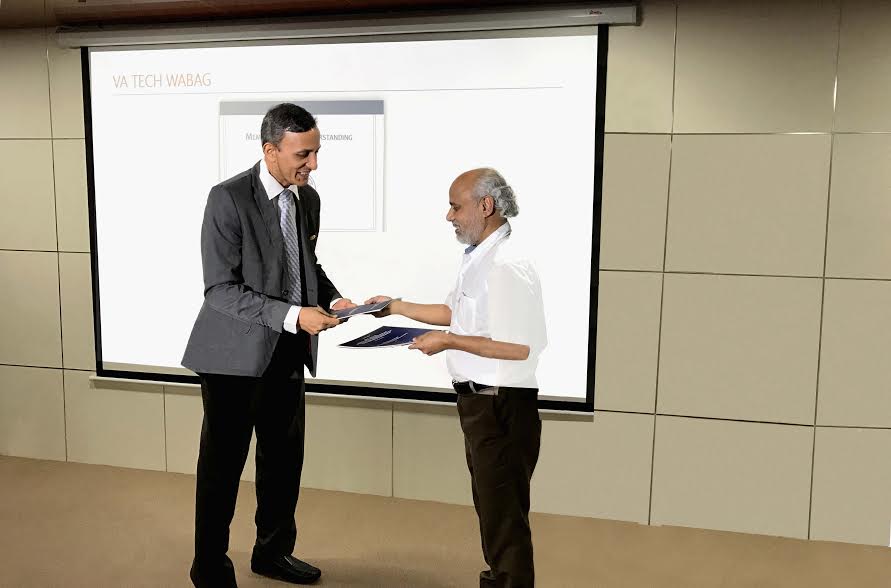 Pune: VA Tech WABAG Limited, a leading pure play water technology Indian multinational player in water and waste water treatment and recycling signed a Memorandum of Understanding with IIT Kanpur to develop a few sustainable villages on the river banks of Ganga.
Thousands of villagers are expected to be benefitted under exchange of this MOU and these “Model Ganga Grams” would form part of Namami Gange and Swachh Bharat programs launched by the Government of India. This initiative is supported by National Mission for Clean Ganga (NMCG), Ministry of Water Resources, Ministry of Rural Development & Ministry of Gram Panchayat, New Delhi.
According to Mr.S.Varadarajan, Director and Chief Growth Officer of WABAG, “We aim to abate direct discharge of untreated liquid wastewater from villages to Ganga and promote better sanitation practices in the villages. We are delighted and honored to join hands with IIT Kanpur to create better sustainable villages”
Millions of people in India depend upon the Ganga for the livelihood and well-being. A lifeline for almost 45 percent of the population, the river suffers from overuse and pollution. The Namami Gange project was announced by the Government of India in the July 2014 budget. The Ganges tolerates domestic waste such as defecation, untreated industrial waste and pollution. Everyday 1.7 billion liters of such waste run into the river.