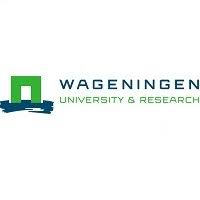 Reef sharks do not stick to the same area throughout their lifetime, but use different habitats when they mature. This is shown by research by Wageningen University & Research (WUR) in the Caribbean Netherlands on 2 species of reef sharks, that has been published in the journal Marine Ecology Progress Series. These findings have potential implications for effectively managing and protecting these endangered species.

Scientists have used cameras at 376 locations on reefs in the waters of Saba and St. Eustatius. It turns out that mainly juvenile nurse sharks and Caribbean reef sharks swim around there: young sharks that are not yet sexually mature. ‘We have hardly observed any adult sharks,’ says researcher Twan Stoffers. ‘We think the animals mainly use these reefs as a nursery and later migrate to other habitats.’

The migration of the sharks during their lifetime also has consequences for the management and protection of these endangered species. The Yarari Shark Sanctuary, established in 2015, contains coral reefs and deeper waters surrounding Saba, Saba Bank and St. Eustatius, but the results of this research suggest that protection of reef sharks is only effective in a network of adjacent protected areas.

‘For the protection of these species it appears to be important to not only focus on the shallow reefs, but also on deeper and further-away habitats’, says researcher Leo Nagelkerke, ‘to ensure that reef sharks have a safe living environment and good connectivity between reefs throughout their life.’

The researchers expect that reef sharks will not remain in shallow reef habitats when they mature, but potentially migrate between the reefs, although little is known about this yet. What is certain though, is that sharks are able to swim huge distances and that they are vulnerable the moment they swim into unprotected waters.

The research published in the scientific journal Marine Ecology Progress Series shows that the animals already at young age shift to use different parts of the same reef. ‘We observed a lot of young sharks in the shallow complex reef, while we recorded the older juveniles much more often further from the reef’, says Stoffers. ‘For example in the seagrass beds and in the deeper parts of the reef, up to 65 meters deep.’