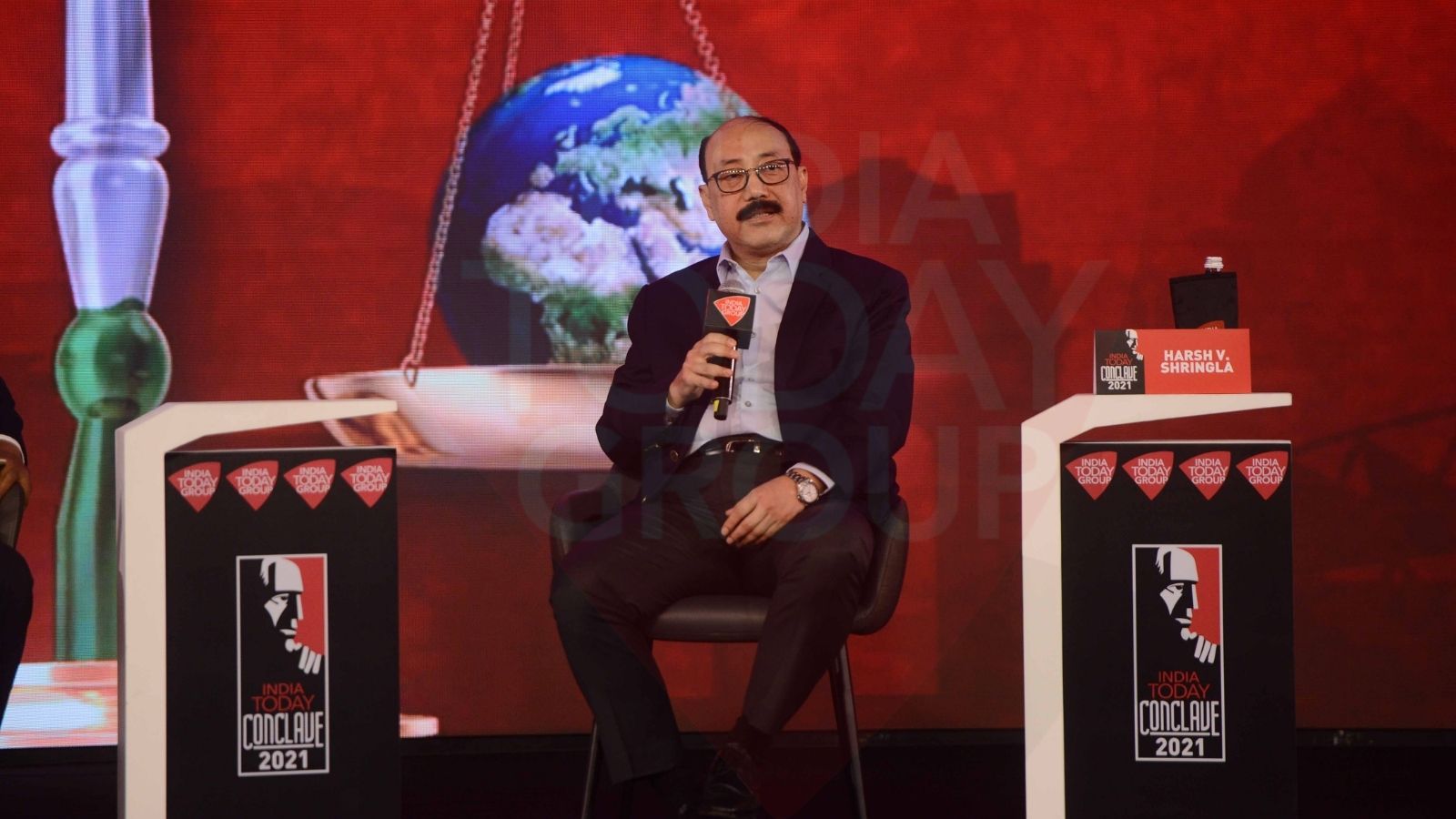 Foreign Secretary Harsh V Shringla on Saturday said that India is willing to provide humanitarian assistance to Afghanistan and it has engaged with the representatives of the Taliban in Doha.

The foreign secretary was

speaking at the India Today Conclave 2021. he said, “We are willing to provide humanitarian assistance to Afghanistan and we have been a constructive partner in the development of the country, before the Taliban took over, investing over $3 billion.”

On concerns of terror threats emerging from the war-torn nation, the foreign secretary said “the concern really is that whether you have spaces within the country that can be used by terrorist groups. Whether those who control the territories can control these groups that operate out of it will be important to watch out for. In many senses, the possibility of interests that want to use the situation to the detriment of others, we should be fully prepared.”

He added that be it India’s diplomatic posture, political and military response should be fully prepared to meet those threats and that “our system is geared to meet that challenge.”

On Pakistan’s role in the region

Talking about the role of Pakistan in Afghanistan and the dangers for India, he said that we have seen the DG of ISI go to Afghanistan and facilitate a government that has 35 members of Cabinet, who are designated individuals in UN Security Council’s list.

“When you nurture and support an ideology that is associated with acts of terrorism, extremism, radicalism, you have to be careful that it doesn’t come back and is not counterproductive. We are looking for responsible action from stakeholders within the country that controls the situation, whether it is Pakistan or the Taliban. We expect actions are responsible and commitments are lived up to.”

On the recent killing of teachers in Jammu & Kashmir and the ceasefire with Pakistan, the secretary said that “The ceasefire agreement has held up to a large extent, but we are seeing increasing cross-border infiltration and we captured one of them, which shows the direct involvement of terrorist organisations within Pakistan,” Shringla said.

“We want good relations with our neighbours, including Pakistan. But it is incumbent on Pakistan to ensure that there is no direct cross border terrorism on India emerging from its territories,” he added.

Talking about the aggressive intent of China and military confrontation with India, Shringla said that we were busy in dealing with the first wave of Covid-19 when we found a major Chinese buildup in Eastern Ladakh, which was in violation of several agreements we signed in 1993, 1996 and “it has strengthened our resolve that unless we deal with these issues firmly we will not be able to a restore of normal ties with Beijing.”

“We have had 12 rounds of senior commander meetings, engagements at diplomatic levels and have resolved some of the pressing issues along with border areas but we are still in the process and

hope we make headway in the next rounds of talks,” he added.

With the development of a new military pact between the US, UK and Australia and Indian’s recent engagement with Quad nations during PM Modi’s visit to the US, the foreign secretary said “Quad has serious agenda to fulfil our vision of a free, open, transparent, inclusive indo-pacific region.”

“There is an array of initiatives that have been taken that will further the objectives. Be it manufacturing vaccines in India with support from the US, Australia and Japan. It is a cooperative effort to provide affordable quality vaccines in the region. By end of 2022, we expect one billion doses of vaccines to be available.” Shringla said, “We are not getting the countries into a great game but want to work on areas of value and areas that are important like connectivity and infrastructure.”

“It is a volatile world, it has seen the greatest shock since the second world war, Covid-19 has claimed millions of lives and livelihoods. We have seen a geopolitical shift, the images of the fall of the Berlin Wall is fading, unipolarity is giving way to multipolarity,” Shringla said, talking about the new world order.

He said that politically and economically the rebalance is shifting to Asia, which is changing the power equations, and when the balance of forces shift it has consequences that result in friction and “we have seen such instances, be it economically, politically or volatility in the global scenario.”

The diplomat further added that foreign policy represents continuity and core values and that do not change. “You do need to have a foreign policy which is nimble and agile in dealing with changing international order,” the secretary said.