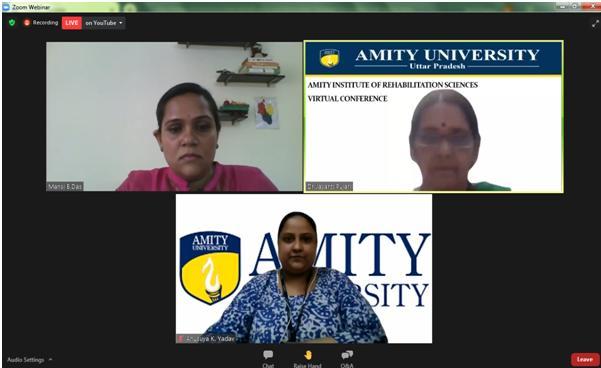 Global Wales celebrates collaboration at the heart of its…

Ms. Mansi B. Das while sharing her ideas on autism said, “ Autism is a major life development disorder that affects communication, interaction, and behavior. The intervention of early detection and diagnosis shows widespread improvement in the child. Early diagnosis requires the identification of the symptoms of autism by the assessment team”. Ms. Das remarked that those who work with children of autism should encourage children to learn and play sports. Every child is different from others, so it is important to identify them and think like them. She called upon educators to design a specific program for them by using creativity and encourage children to work in a group. She also said that up to 4 years of age, there is a significant level of opportunity since there is a high level of plasticity in the brain and good results can be obtained from strategy. According to research, many symptoms of autism begin to appear at the age of 12 months. Describing the symptoms, she said according to the initial symptoms in children, they avoid eye contact and smiling. Early diagnosis is possible with early detection. Ms. Das said it is necessary to determine the individual program for every child as one size does not fit everyone. The program must be individualized and made effective at a flexible level.

Dr. Jayanthi Pujari, Director Amity Institute of Rehabilitation Sciences said the webinar has been organized to provide information about modern methodology and research in the context of autism. Amity believes that education is meaningful only when every section of the society gets its benefits and we work to help children affected by autism.

Lecture on ‘Management of Diabetes during Ramadan’