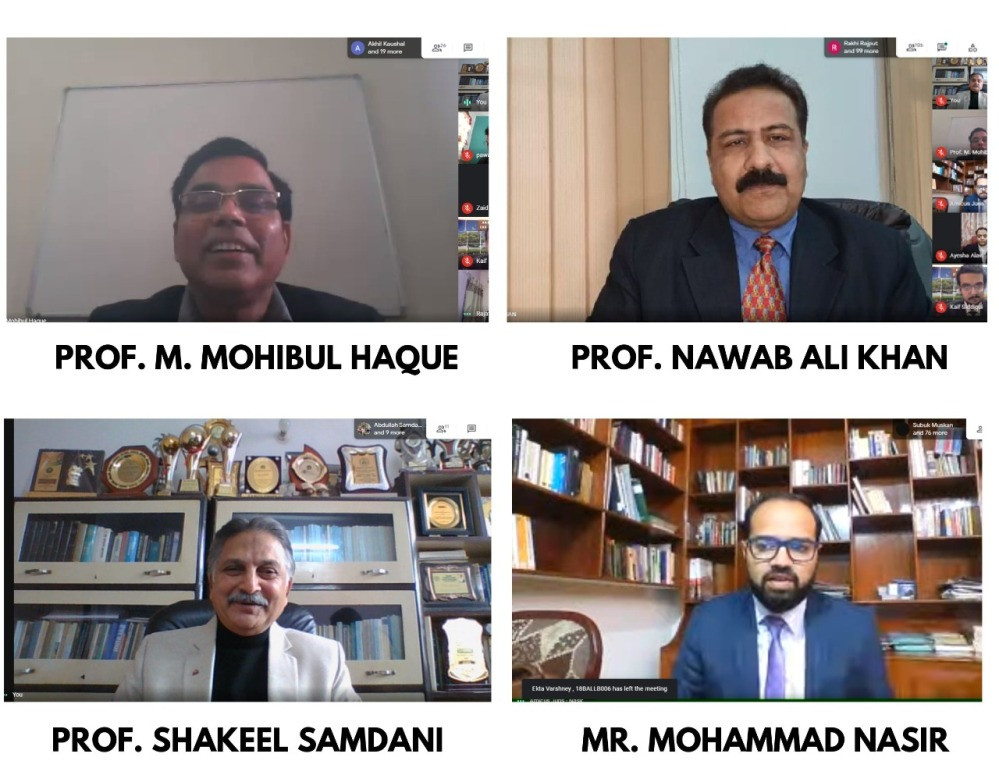 Aligarh: Articulate experts explained coherently the rights provided to all citizens under Indian constitution and the intellectual foundations of the modern Indian state in the national webinar on ‘Indian Constitution and the Idea of India’, organised by the Law Society, Faculty of Law, Aligarh Muslim University (AMU).

“The framers of the constitution have provided us with a document that declared our Country a sovereign, socialist, secular and democratic republic, assuring the citizens all the justice, equality and liberty, and making endeavours to promote fraternity,” said Prof Mohibul Haque, Department of Political Science.

He was speaking as the Chief Guest of the webinar.

Prof Haque emphasised: “As citizens of India, we are entitled to certain rights as well as obliged to certain duties. It is our duty as responsible citizens that we abide by these laws and carry out our duties. Similarly, knowledge of our fundamental rights is important.”

Explaining unity in diversity in the constitution, he pointed out that the Indian Constitution provides us with Articles 29 and 30, ensuring a society without discrimination and mandating minorities with rights to establish and administer educational institutions.

“The Constitution acts as a bridge between the governments and the people,” said Prof Nawab Ali Khan, Chairman, Department of Commerce.

After inaugurating the programme, the Guest of Honour, Prof Khan spoke on important provisions in the Constitution. He spoke on Rights to equality, freedom, religion, culture and education among others.

Presiding over the webinar, Prof M Shakeel Ahmed Samdani (Dean, Faculty of Law) discussed the timeline of the Indian constitution and the problems faced by the constituent assembly while drafting it.

He asserted that Babasaheb Dr BR Ambedkar, the architect of the Indian Constitution was a jurist, political thinker par excellence, and a free spirited reformer, who was far ahead of his time.

The webinar had participants from United Kingdom, Kingdom of Saudi Arabia, Jordan, Iran, Lebanon and Bangladesh. Lawyers and academicians from all over the country also participated.

Health check up of students begins in Govt schools of Kashmir, winter…