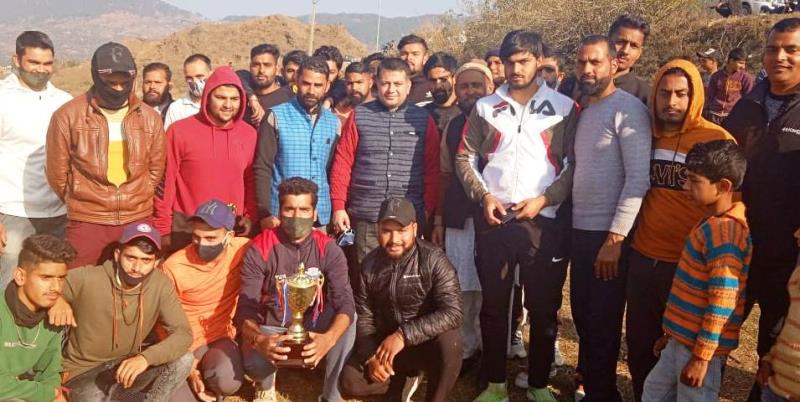 As many as 8 teams from Krimchi, Tikri, Jib, Thathi, Chak, Moungri, Udhampur (A) and (B) Panchayats participated in the tournament.

On concluding day, the District Information Officer Udhampur Er Sajad Bashir Somberia was the chief guest while Sarpanch of the Panchayat Yashpaul Sharma presided over the function.

While speaking on the occasion, the chief guest lauded the tireless efforts made by local Sarpanch and his associates for organizing the tournament and spreading awareness about the drug abuses and engaging the youth in sports activities. He asked the sarpanch to organize more such events to keep the youth away from drugs and other social evils.

A large number of people from adjoining areas , including Sarpanch Krimchi Sharief Hussain, Rtd Master Shoket Ali, Panch Ajeet singh and other prominent citizens were present on the occasion. Meanwhile, Himanshu was declared as man of the match and man of series.

Later, the chief guest distributed prizes and mementoes among the winning teams on the occasion.