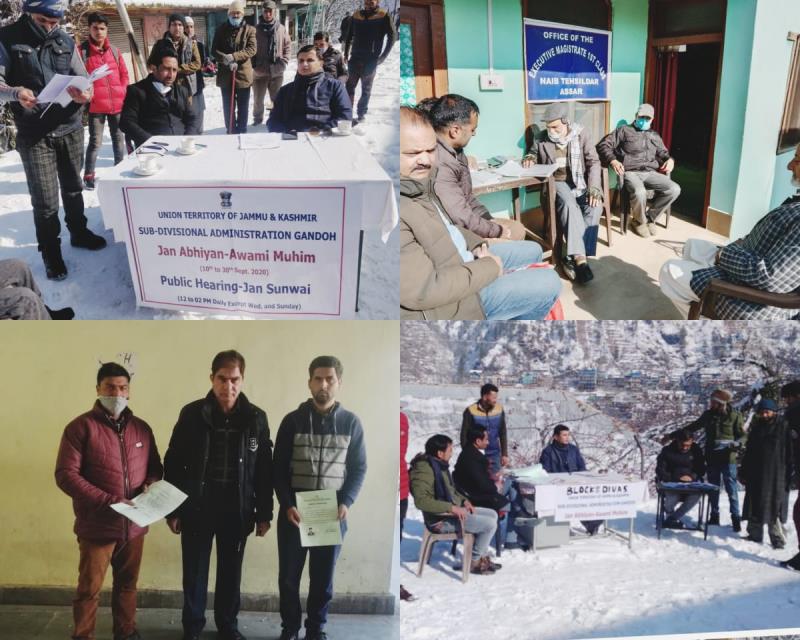 Doda: The weekly Block Diwas proceedings were today conducted here at the designated locations for redressing the public grievances and providing various services.

The program was held under the supervision of District Development Commissioner (DDC) Dr Sagar D Doifode.

The teams of Different departments along with the frontline field functionaries delivered varied service to the people and listened to their grievances.

As many as 63 grievances/applications were received, of which 60 were redressed by the officer’s/officials of respective departments on the spot. Several services which included 35 category certificates, 115 Domicile certificates, besides 23 different revenue papers were also provided to the people on the spot.

Adding to this, 220 students were also covered under scholarship scheme, during the program.

Meanwhile, 362 new works under different heads which includes MGNREGA, 14th FC, Capex and CSS were also started in different areas of the district.