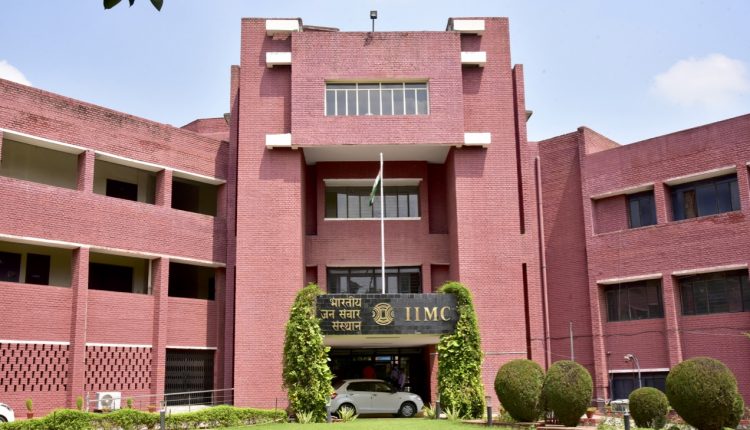 Western Media is biased in Covid-19 pandemic coverage of India; 82% media persons reveal in a survey by IIMC

New Delhi : According to a survey conducted by the Indian institute of Mass Communication (IIMC), 82% media persons believe that the coverage of Covid-19 pandemic in India by a section of the Western media is ‘biased’. A total of 69% said India’s image took a beating by such negative coverage, while 56% said such coverage must have negatively influenced the opinion of the Indians living abroad.

Director General of IIMC Prof. Sanjay Dwivedi said that this survey was conducted by outreach department of institute in June 2021. The survey received 529 responses from Indian media persons who included journalists, media scholars and media educators. The survey included 64% males and 36% female respondents. The respondents were mainly from print, digital and broadcast media. A whopping majority of 60% media persons believe that the Western media had an agenda of tarnishing the image of India when they covered Covid-19 pandemic in India, while 71% said the stories lacked a balanced narrative.

Signing of Memorandum of Understanding (MoU) between the…

Cashfree Payments joins hands with Furlenco to delight its…

According to Prof. Dwivedi, the study also tried to understand when did the Western media campaign against India actually start. Maximum respondents, 38%, believe that it started during the second wave when India was busy fighting the worst spell of the pandemic, while 25% believe it started with the first wave itself. However, a significant number of media persons said that the negative campaign against India started after India announced successful trials of the Covid-19 vaccine (21%) and after India started its ‘vaccine diplomacy’ (17%).

This study also tried to know the possible reasons behind the Western media’s biased coverage of the pandemic in India. A total of 52% blamed international politics for it, while 47% cited internal politics in India, 34% said interest of pharma companies at international level, and 21% said regional politics of Asian region was responsible for it.

An interesting fact that emerged during the study was that majority, 63%, respondents said they didn’t forward or share on social media the stories of Western media that maligned India’s image at the international level. A total of 54% respondents said they frequently followed international media’s coverage about India – of these, 22% read international publication directly, while 33% read such foreign media coverage when Indian media published them. Meanwhile, 36% said they followed international media but not quite regularly. When asked how did they access these Western publications/media, they said they used multiple platforms but indicated their preferences as Google News suggestions (59%), YouTube and Twitter (both 40%), Facebook (34%) and Instagram (27%).