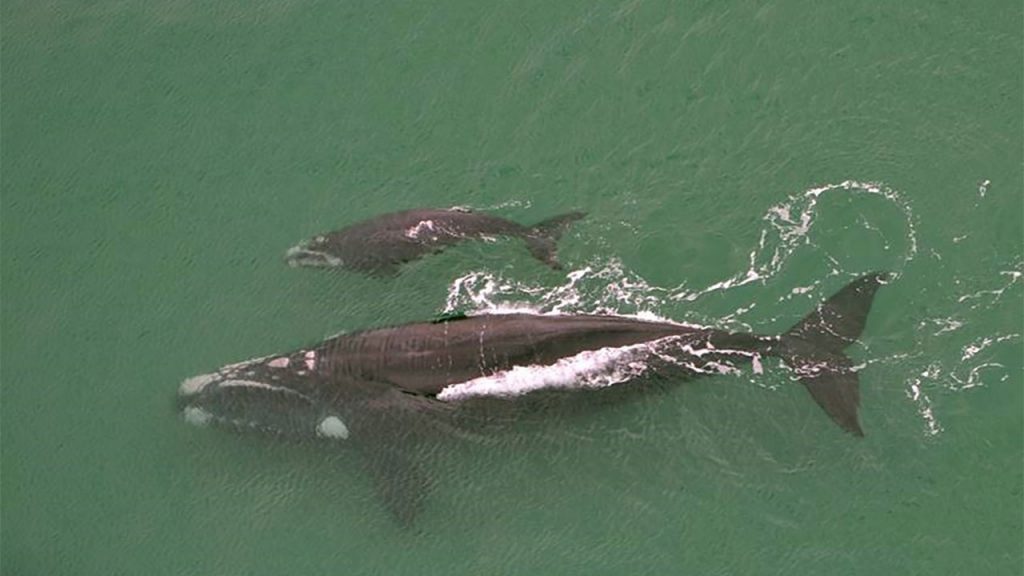 Whales may be struggling as climate change impacts feeding grounds

Like other whales such as humpback whales, southern right whales are reliant on getting enough food during the summer months to sustain themselves through the winter breeding months. The slow-down in recovery of the South African population, at the same time as the shift in feeding behaviour, suggests their preferred prey may have declined.

The study suggests this shift represents a response to changes in preferred habitat or prey – for example a decrease in abundance and southward range contraction of Antarctic krill.

“At first we were happy to see that the whales were shifting their feeding grounds as there was concern that they would stick to their traditional areas,” says Gideon van den Berg who led the new study. “But this work suggests that even changing their behaviour may not be enough to keep pace with the changing ocean.”

“This work suggests that even though we have stopped hunting whales, our actions are now indirectly impacting their populations through climate change.”

Dr Carroll is leading research to determine where and on what New Zealand southern right whales – tohorā nō Aotearoa – are feeding, and relate this to their recovery and to the effects of climate change.