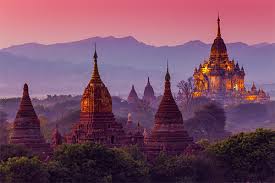 What do I need to know before going to Myanmar?

By India Education Diary Bureau Admin On May 31, 2021
Share

One of the most interesting countries in Southeast Asia is Myanmar because of its strong traditional values and multiple ethnic groups. This country is also known as Burma. Doesn’t matter where you put your eyes at, you will always find the local men wearing longyis or having beetle nuts and women wearing a piece of cloth that covers their face and acts as a natural sunblock. Travelers are often surprised by the country and its powerful cultural hints of ancient sites and historical pagodas.  You should check Myanmar visa for Indians, Also, here we highlighted the important facts below that you need to know:

The tourism is booming in the country from the past few years and has exponentially increased. However, the country did not have the same set of mindsabout to develop its infrastructure to accommodate the huge incoming of foreign tourists. The busses in the country are slow and less frequent, the hotels are less in number and those existing do not have a good hotel management style/hospitality as compared to other European or American hotels. Even to this current day, when you visit the beaten path in Myanmar, it will take a lot of time to reach and explore, because of the poor unreliable network of transport. Despite all this, the hotels are usually sold out and if you search for a hotel to walk-in and buy a few nights to stay, it will be expensive than the regular nights that you could pre-book before landing.

As the tourism increases in Myanmar, the demand for hotels increases and pulls up the costs with it. The country does not change its infrastructure to accommodate more, so they increase the prices of rooms available. A hotel in 2011 would cost about $25 for a night, currently it costs more than $100 without having any extra services and this trouble is going to last for a long time, as the development is slow, so you should book your stay ahead of time.

Allocate the time to travel around. Travelling between two places can take longer hours than you expect, the roads are in poor condition and overnight busses are a pain in the back. These busses are freezing cold, with bumpy rides that blast loud music or a screen with shows throughout the night and stops are random. The locals are in habit to sleep in these conditions but you will take some rest and peace of mind on the next day.

The wi-fi used to be pretty bad till 2016, but it improved after and you still should not depend on it. You can get an extra sim card and use cellular data. Until 2012, YouTube and Gmail were blocked for use, so you can understand how underdeveloped the network coverage was. However, you can expect fast internet Wi-fi at expensive hotels and high-range restaurants or cafes, still get your own sim card, do not depend over “we have free wi-fi” boards because it can be annoyingly slow. Even if you get a new sim card, the government may monitor your data and all the internet activities you perform, what they might do with the data are unknown, so even if you find a good wi-fi connection, use a Virtual Private Network (VPN) from a trustworthy provider, it passes your data through a tunnel-like passage where others cannot see it as it is encrypted.

Myanmar works around a closed money system, so you can exchange their currency, which is Kyat, outside Myanmar. A better exchange rate gets you a lot of Kyats. Keep in check that when you are bringing dollars or any other currency from your country, they must be fresh, crisp, clean, without any marks or any major creases because it will be susceptible for them, as they find it worthless if they are not crisp, because the businesses would not be able to exchange it with the government. Kyat pronounced as “chat”.

The credit cards are only accepted at high-end places and usually carry a 3% additional charge on the bill. Theoretically, you will only need to exchange half your total budget into Kyats, the things you need to exchange it for, are taxis, busses, rental cars, souvenirs to take home and food, the rest of it can be paid beforehand like trains, hotels, boats and plane tickets with US dollars or any other currency. You should know that the dollars you bring with you are supposed to be printed after the year 2000, even more preferably 2003, to avoid any trouble. They should not consist of any serial numbers like BC, CB or AB, they will be rejected because of what North Korea did in the past, and they counterfeited $100 notes in mass.