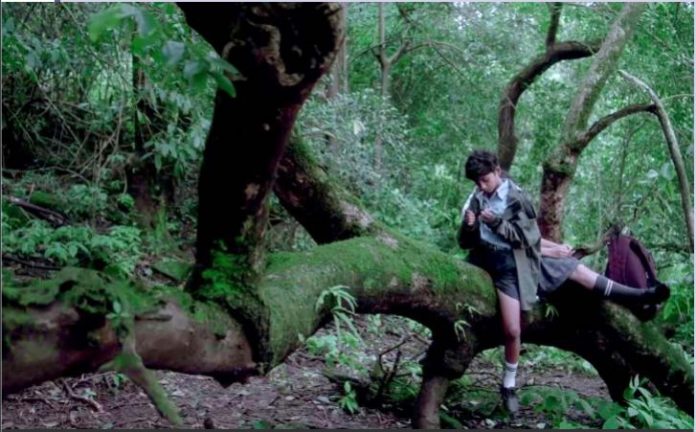 New Delhi: When we are growing up, a lot of our actions are not conscious. A child may indulge in something which he or she may probably not understand, but may gain meaning from it in the later years. Director Ashmita Guha Neogi said she explores this idea in her IFFI 51 Indian Panaroma Non Feature film CatDog.

The film has been screened at the 51st International Film Festival of India (IFFI) in Goa on Saturday (January 23, 2021).

The period of adolescence is when “there is a world that you know and a world that you do not know”, said Guha Neogi at a press conference in Goa today. “This is the period of our life when the known and the unknown collide. Our film explores that through a sibling relationship”.

A brother and sister inhabit a fanciful world of their own, hidden from the eyes of their teacher-mother who has no time for them. The siblings keep each other company as they go through the vagaries of pre-adolescence and a changing dynamic at home. The shows how this siblings try and make sense things around them, and changes taking place between them. When the mother finally catches a glimpse of their world, their world faces the threat of crumbling. The two of them can either surrender or resist.

Speaking about what inspired her to make this film, Guha Neogi said, “At that point of time I was thinking what it means to grow with societal norms. All roles in a society and family are defined. I was thinking what if I can create a space where none of these definitions and rules exist? You recognize persons for their sexual identity. A brother and sister’s relationship became a perfect vessel for me to work with this idea of breaking away from societal impositions”.

“I do believe a lot of us have experienced or do experience something like this in our lives. But this is one of the most difficult experiences to carry with yourself. This is something that is invariably suppressed”, Guha Neogi added.

On being asked whether the innocence of the child characters have been killed, Guha Neogi replied, “It was a conscious act.” “Why shy away from doing something that does happen?” she remarked.

The name is inspired by a cartoon film where one end of a body had a cat’s face, while the other end resembled a dog’s face. “In the film, I tried to show that two different entities are stuck to each other”.

The Indian Panaroma Non-feature film has been produced by the Film and Television Institute of India (FTII). This is the diploma film of the Director who has graduated from FTII.

CollegeDekho onboards two Independent Directors to its Advisory Board

CollegeDekho onboards two Independent Directors to its Advisory Board

Johns Hopkins University: Eye Doctors Who Get Even Small Payments from...