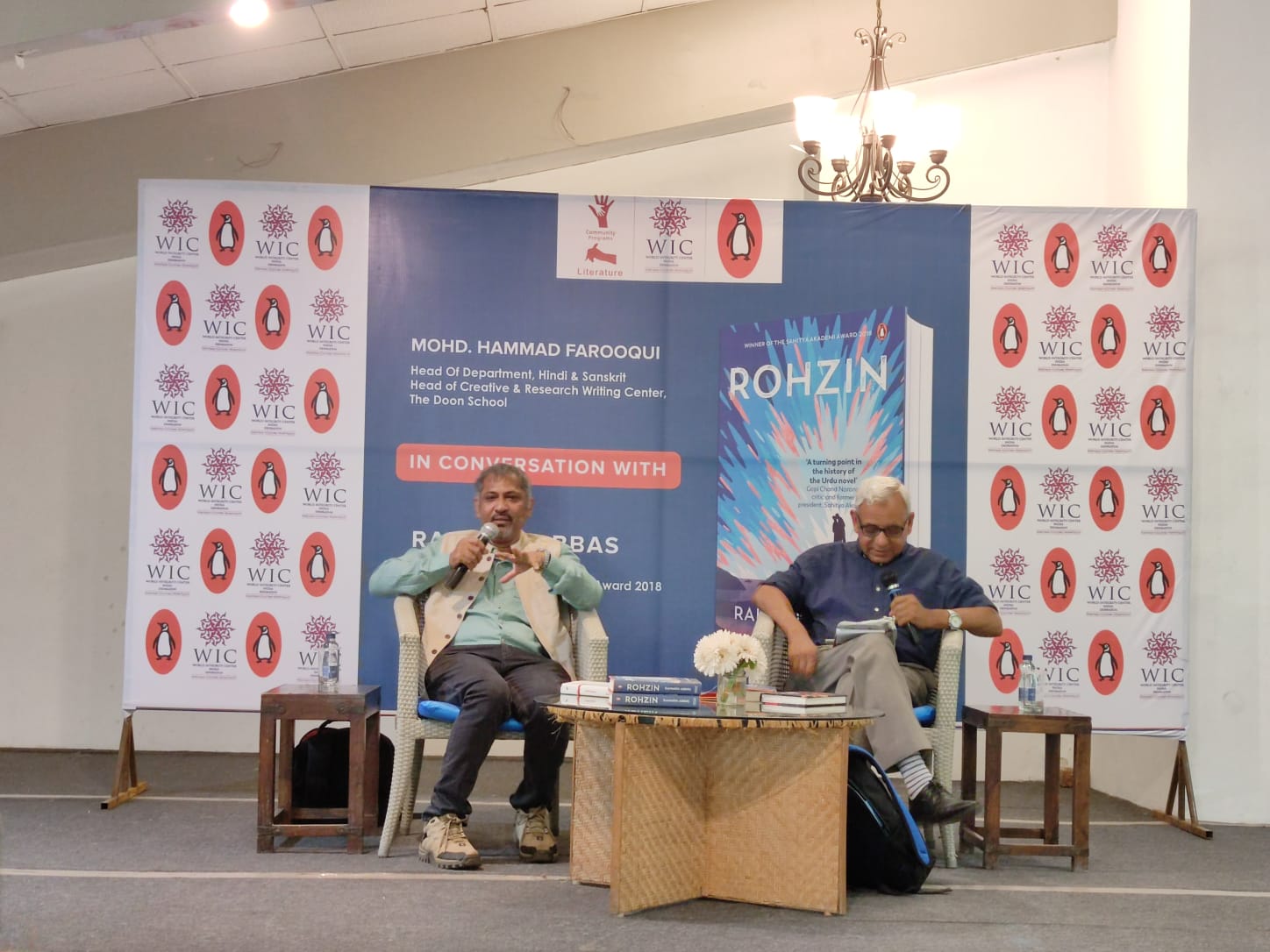 Dehradun : WIC India and Penguin Random House hosted a book reading and discussion of ‘Rohzin by Rahman Abbas’. The session was moderated by Prof Hammad Farooqui.

‘Rohzin’ has been translated into German, English and Hindi languages. The novel has also received the prestigious LitProm Grant managed by the Swiss and German governments.

Rahman Abbas is an Indian origin fiction writer and recipient of the India’s highest literary award Sahitya Akademi Award for his novel Rohzin in 2018. He is also the recipient of the two State Academy Awards for his third and fourth novels respectively, i.e. ,Hide and Seek in the Shadow of God and the Rohzin in 2017.He is the only Indian novelist whose work in German(Rohzin’) has received a LitProm Grant funded by the German Federal Foreign Office and the Swiss-South Cultural Fund.He writes in Urdu and in English languages. His novels deal with themes of love and forbidden politics.

According to Rahman Abbas, “I am elated to discuss my book ‘Rohzin’ in front of the fabulous audience present at WIC India. Rohzin dwells on the plane of an imagination that takes readers on a unique journey across the city of Mumbai, a highly intriguing character in its own right. The novel’s protagonist, Asrar, comes to Mumbai, and through his eyes I have described the hitherto-unknown aspects of Mumbai, unseen colours and unseen secrets of the city’s underbelly.The arc of the novel studies various aspects of human emotions, especially love, longing and sexuality as sublime expressions. ”

ICAI to create awareness on Environmental, Social and Governance (ESG) efforts through Sustainability Reporting Standards Board

Chris Sacca’s Lowercarbon Capital and Toyota Ventures invest in an $11M Series ‘A’ round in River, a Bangalore-based Electric Mobility Startup

TCS Ranked Among the Top Industry 4.0 Service Providers by HFS...