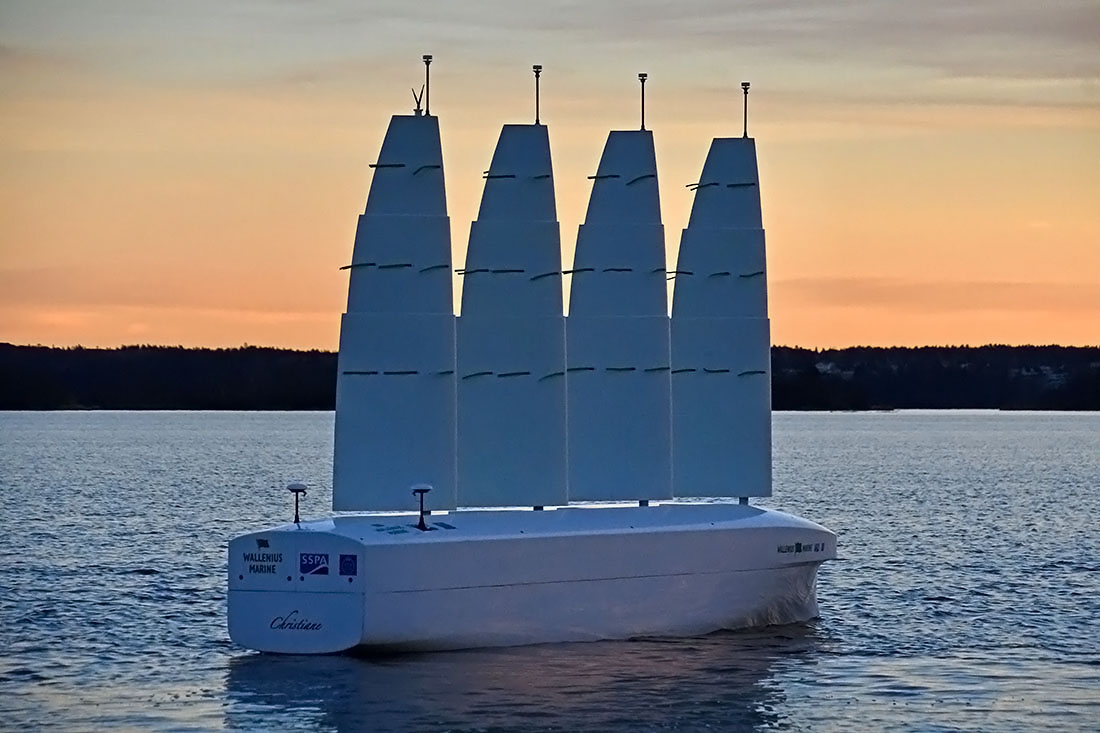 In a research collaboration between KTH Royal Institute of Technology, the shipping company Wallenius and the marine technology company SSPA, the cargo ship Oceanbird is being created – with a goal of cutting emissions by 90 percent.

In recent weeks, researchers in the KTH Centre for Naval Architecture have been testing a 7-metre-long scale model of the ship in the waters of the Stockholm archipelago, as well as in a lab on the KTH Stockholm campus. If everything goes according to plan, the hope is that the first full-scale ship will sail in four to five years.

Maritime transport currently emits around 940 million tonnes of CO2 annually and is responsible for about 2.5 percent of global greenhouse gas emissions, according to the International Maritime Organization.

But instead of internal combustion, Oceanbird is planned to be powered by four large sails, each 100m high, which catch the wind and propel the ship forward. The 200m-long ship would sail at 10 knots, so an Atlantic crossing would take 12 days, as compared with the eight days it takes today’s cargo ships to complete the voyage.

With telescopic masts that would be able to be lowered to 50m in order to clear bridges, the ship would also use electric auxiliary motors when maneuvering in cramped ports.

Using a 1:30 scale model of Oceanbird, the tests in Stockholm are to measure flow conditions around the wings and optimized routing to meet ideal wind conditions, says Jakob Kuttenkeuler, professor at the Centre for Naval Architecture. The collaboration partners are confident in the success of scaling up the sailing vessel, although there are engineering matters to be ironed out along the way. “In scaling up, lots of things change,” he says.

“Mass, stability and length are easy to increase while some aerodynamic and hydrodynamic effects are more difficult to scale correctly,” Kuttenkeuler says. Wave formation and wind speeds will make a difference, for example.

“Also at a deeper, flow-mechanics level, a lot of changes apply to release around the wings and rudders,” he says.

The ship has no restrictions on what it can carry. In the research collaboration, however, the vessel is meant for carrying cars, trucks, machines and perhaps individual train carriages. The researchers say the vessel could carry as many as 6,000 automobiles per trip.

The hope is that Oceanbird will also pave the way for not only for more winged cargo ships, but also cruise ships.

Female Scientists get on their soapbox to bring event to Nottingham

St Andrews Prize for the Environment 2021 now open for entries