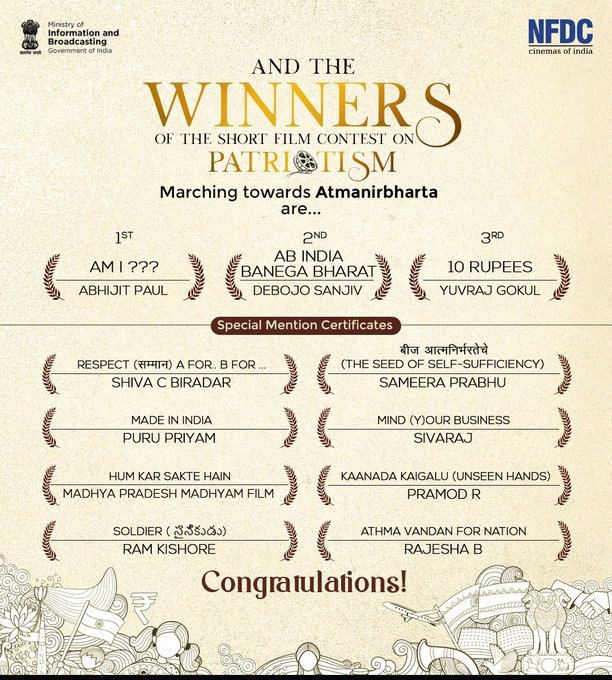 The contest went live on 14th July, 2020 on the MyGov portal and ended on 7th August 2020. The contest was hosted on the www.MyGov.in website for receiving the entries.

The University of Chicago Centre in Delhi, in collaboration…

Films on Indian Scientists to be streamed on National…

The theme for the entries revolved around patriotism, equating it to Atmanirbharta (self-reliance) as the new mantra of progress for the nation. The Ministry today declares the winners of this contest.

Union Minister for Information and Broadcasting Shri Prakash Javadekar, in a tweet, congratulated the winners of the contest and thanked all the participants for their contribution and making the short film contest a roaring success.

The University of Chicago Centre in Delhi, in collaboration with American Institute…

Films on Indian Scientists to be streamed on National Science Day

University of Southampton: International project to understand drivers of global…

iednewsdesk Feb 27, 2021
Experts at the universities of Southampton and Hull are leading a new £3.7m project which aims to revolutionise…