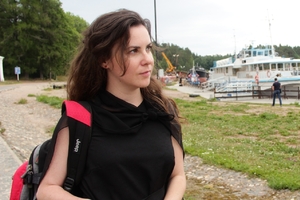 Winning the competition “Expert in the field of culture – 2021”

Irina Valerievna Chepurina, postgraduate student and senior lecturer of the Department of German Philology and Scandinavian Studies, became the winner of the international competition “Expert in the field of culture – 2021”, which was held in Kazan on February 26.
The competition was organized by the “Society for Science and Creativity” with the support of the Kazan Federal University in order to identify the best research works in the field of culture, art and related sciences.

Technical University of Munich: In many cases, multiple…

Irina Valerievna Chepurina received a diploma for the 1st place in the nomination “Creative Approach of the Year”, presenting her work on the topic “The Art of Glass Bead Game (based on the novel” Glass Bead Game “by G. Hesse). The author of the study made an attempt to realize the great idea of ​​Hesse – a glass bead game that synthesizes all the cultural and scientific wealth of mankind. Experimentally recreating the idea of ​​play as an empirical phenomenon, the researcher proposed to compose a game in the language of conventional signs. The leading theme of the party was the general philosophical question “to be or not to be” by W. Shakespeare in literature, which was developed in physics (movement and rest or vacuum), in music (based on the musical play “4’33” by J. Cage) and in biology (birdsong),

The staff of the department congratulates Irina Valerievna on the victory and wishes new bright ideas and scientific achievements!

Technical University of Munich: In many cases, multiple sclerosis starts long before…

iednewsdesk Jun 21, 2021
Between July 4 and July 6, 2019, a sequence of powerful earthquakes rumbled near Ridgecrest, California,…

Technical University of Munich: In many cases, multiple sclerosis…

RWTH: Professor Dirk Uwe Sauer is a new member of the…