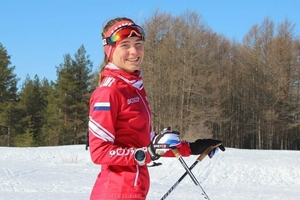 Olga Zholudeva, a student of the Institute of Economics and Law of PetrSU, became the winner of the III stage of the Russian Winter Triathlon Cup.
All-Russian competitions were held on March 7 in Petrozavodsk. The best skiers from different regions of the country came to the start. Participants in the individual race covered a distance that included running (3 km), cycling (5 km) and cross-country skiing (5 km).

As a result, Olga Zholudeva finished first among women with an advantage of more than 2 minutes from the nearest pursuer.  Congratulations to Olga Zholudeva on her victory!

Workshop of words in Medvezhyegorsk

PetrSU is awarded for winning the international engineering championship