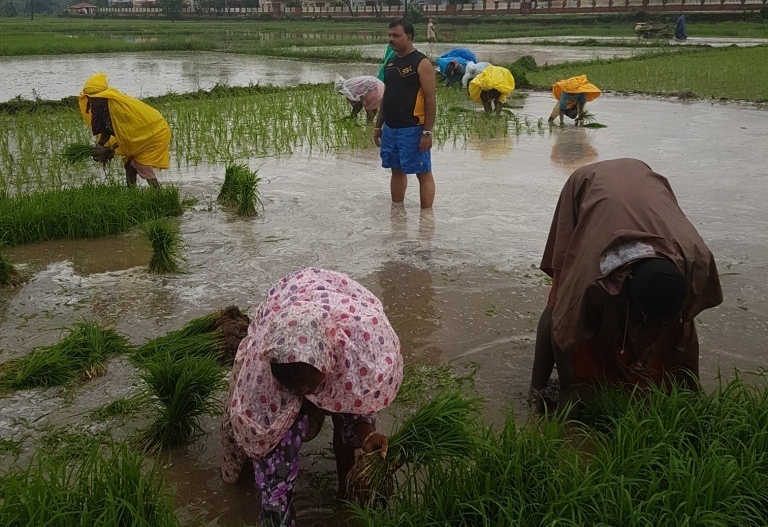 Panaji, Goa: With the Nuvem constituency and villages in Nuvem, spearheaded by its MLA Wilfred Dsa joining the Kitchen Farming and Kitchen Gardening venture mooted by Project Goemcho Goenkar, a new green revolution is in sight very soon in Goa.

“Our target is to take the Kitchen Farming and Kitchen Gardening concepts to at least 50 villages in January 2021 itself. It’s been 5 days since we embarked on this project. It was launched on Christmas Day and we are proud to say that the response is encouraging,” said a spokesperson for Project Goemcho Goenkar.

In 5 days, households in more than 20 Goan villages have signed up for Kitchen Farming and Kitchen Gardening across Goa, with the most of them in Salcette and Ponda. North Goa is yet to warm up to the concept and will probably do so after the hordes of tourists from across the State borders fades away.

Wilfred Dsa is putting his might behind the Kitchen Farming and Kitchen Gardening concept to boost farming and growing of fruits and vegetables in Nuvem, with the ultimate aim to making Goa totally self-sufficient in farm produce including fruits and vegetables, most of which have to be imported from neighbouring states.

A unique drive to promote cultivation and other farming activity in the Nuvem constituency by Wilfred Dsa has seen a 50 percent increase in the activity in the locality over the last one year.

“More and more locals are cultivating their land in Nuvem and even other cultivation of produce like fruits and vegetables, water melons and cereals etc., has increased over the last one year,” Dsa said.

Dsa has provided tractors and other farming equipment to the farmers of Nuvem, which has motivated others to take up the trade once again.

According to Dsa, people of Nuvem have taken to agriculture and farming in a very big way this year and by the end of the coming year, Nuvem will be totally self-sufficient when it comes to agricultural produce, including most fruits and vegetables.

The Covid-19 induced lockdown was another great incentive for the locals to take up farming this year.

Goa becomes the 15th State in India to Eliminate Manual…

Project Goemcho Goenkar is promoting kitchen farming or kitchen gardening in the State of Goa, with Nuvem leading the pack.

Organic and fresh are two sacred words that not only appeal to fitness freaks, but also to every health-conscious person. Many people splurge on imported, advertised ‘natural’ products, when some of the best sources of a healthy diet can be grown and produced in one’s backyard, says Wilfred Dsa who wants to further double the farm output in his constituency by 100 percent in 2021.

Fatima Figueiredo, sister of globally-celebrated Goan artist Mario Miranda, has been farming since 2012 on her ancestral land in Nuvem that was lying barren for decades. She is one of the glowing examples of locals who have taken to farming in a big way in Nuvem.

At least 5 new mass kitchen farming initiatives will be launched in Nuvem in the new year 2021 says Dsa, who is determined to make Nuvem the vegetable and fruits granary of Goa.

Meanwhile, more than 300 churches, chapels and other famous places of worship in Goa will be digitized using the latest future-proof technology for posterity.

It is a non-invasive technique and does not need to disrupt the routine functioning of the religious venue, say the technocrats connected to the project.

In fact, most people will not even realize that the recording process is going on. Religious ceremonies, festivals and activity is also being digitised.

The project aims to digitally save the churches and chapels as they are today in a 4 dimensional model using Virtual Reality and other 4D tech, a spokesperson for Goemcho Goenkar said.

Goemcho Goenkar is a private initiative by a group of citizens titled Project Goemcho Goenkar is undertaking 3D videography and 4D cinematographic digitization of all Goan villages, beaches and other State landmarks in the coastal international tourist destination.

This project is the first of its kind in India, wherein natural touristic landmarks are being digitized, using 4D cinematographic tech, besides the more common 3D videography or VR (virtual reality) technology.