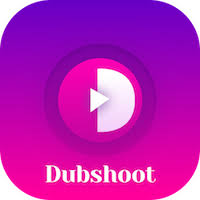 With the ban on Chinese apps, Dubshoot emerges favorite among Indian netizens

Dubshoot, developed by Hyderabad-based mTouch Labs, is fast emerging as a favorite video-sharing social networking platform among the regional language speaking netizens of India. With a ban imposed on China-made TikTok, Dubshoot has witnessed tremendous rise in download of the platform from Google Play store.

TikTok had over a 100 million user base in India before it got banned by the Government here who are now these users are looking for alternate platforms; and Dubshoot is fast emerging as a favorite among them. The platform is witnessing over 15,000 new user-shared videos getting added, making it one of the largest social networking mobile application in the country.

Commenting on the platform and its acceptance, Mr. P. VenkateshwaraRao, CEO & Co-founder, Dubshoot said, “People of India have given a thumbs up to the Prime Minister’s call to use ‘Made in India’ goods and platforms, and we see that happening across all avenues including mobile applications. Even before a ban was imposed on Chinese mobile applications, many users were shifting their loyalty towards home grown platforms like Dubshoot. And is evident from the fact that Dubshoot has attracted close to half a million users base before June, a number that is rising at unprecedented rate since last week.”

“A technically strong platform, Dubshoot has plenty of features including content creation tools like Dub videos for dialogues once rendered by celebrities in cinema or otherwise. This user generated content platform is supported in all Indian regional languages along with Hindi and English. While user privacy is assured, Dubshoot never uploads content without user’s consent to do so,” added Mr. VenkateshwaraRao.

In addition to a large user base in India, Dubshootis fast attracting as a favorite among users from the United States, Middle East nations, Sri Lanka etc. Being the second most populous country in the world and with a high Internet penetration, Indian users need ‘Made in India’ apps like Dubshoot to create and consume regional video content. Also, these apps can be used by the Government to educate even grassroot level users as the content is being generated in local languages.