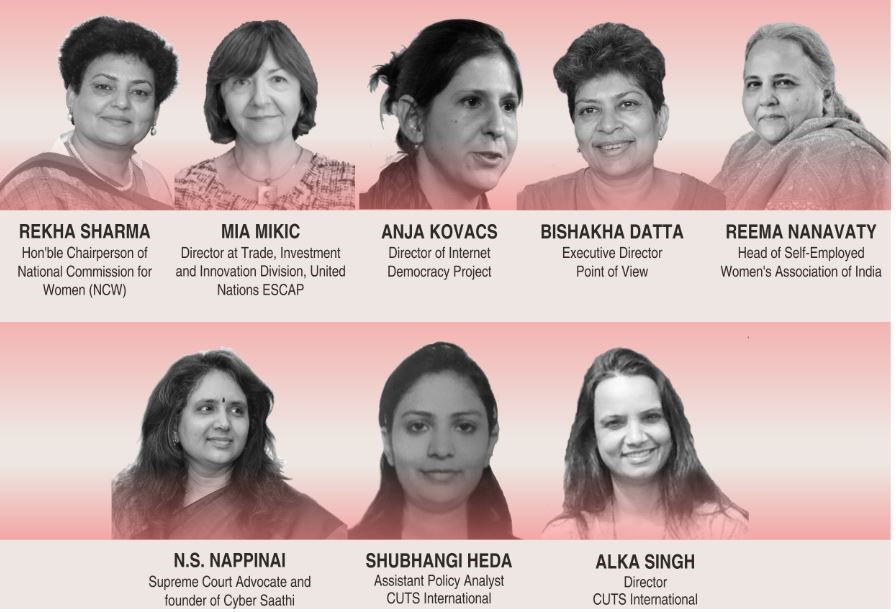 New Delhi: Digital technology is playing a critical role within various sectors, and its influence is likely to increase in coming times with rapid digitalisation.

Especially, during the COVID times, it has become the means for providing essential services such as healthcare and education. However, accessibility of such services to all the masses is still a challenge, specifically for women owing to digital gender divide.

Along with this, there also exist rampant cybersecurity concerns for women. To deliberate on these very important issues and to further the discourse on the policy brief published by CUTS on the same issue, public policy group CUTS International in collaboration with Cyber Saathi organised an online panel discussion.

Mia Mikic, Director at Trade, Investment and Innovation Division, United Nations ESCAP pointed out that while we know that women face challenges in accessing technology and some solutions exists, however, these solutions are not implemented effectively. This is due to the lack of representation of women as policymakers and regulators. In this regard, she also emphasized that we need to dispel myths around incapacity of women to stand-up for themselves through bringing in women as influencer in the policymaking process.

Reema Nanavaty, Head of Self-Employed Women’s Association of India, highlighted that we need to move away from the sympathetic attitude towards women and should believe that if we give them access to technology, they will use it optimally. She suggested that policymakers should listen and learn from the ways in which women are using technology in different sectors to find livelihood opportunities.

To make digital space more equal and safe it is also important to move away from a protectionist approach which puts the burden on women to ensure their safety, stressed Anja Kovacs of the Internet Democracy Project. She pointed out that privacy should not be looked as a responsibility but as a right.

For this, we should look beyond data as a resource and should explore linkages between data, bodies and identities.

Taking on this further, Bishakha Datta from Point of View, highlighted that safety in online spaces is fragmented, as it has to deal with both online and offline safety concerns. She suggested to re-configure the gender dynamics to make access to online spaces unconditional for women through thinking about it dually in the context of both patriarchy and gender roles.

This was also stressed upon by N.S Nappinai Supreme Court Advocate and founder of Cyber Saathi, who also moderated the session. She noted that that in cases on cybercrimes against women it is the victim who ends up being alone and stigmatised rather than the perpetrator.

The victims also feel they don’t have remedies or they are in accessible to them. It also is also important to ensure the safety of others as crime against one is a crime against all.

She suggested that we need to have precise laws along with effective enforcement.
The panellists also emphasised on the need for engagement of women in workforce to boost their economic and social upliftment.

Furthermore it was suggested that, as digital spaces transform into public spaces we need to look differently towards treatment of cybercrimes against women.

The session saw attendance of around 40 participants.

The NorthCap University Announces Admissions for School of Engineering…