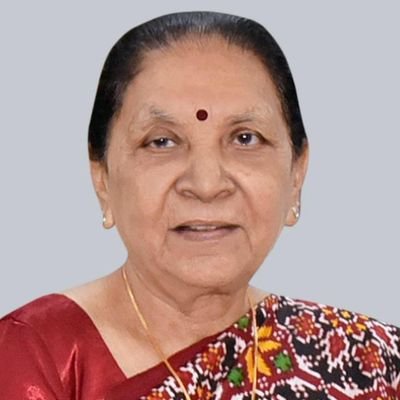 New Delhi: The world has seen the re-emergence of debates on gender disparity. MIT World Peace University recently organized the 2nd National Women’s Parliament to address these socially relevant topics and contribute towards women empowerment.
Encourages the social, political, technological and economic upliftment of women in various sections of society.

• Women empowerment-driven resolutions passed for each session of NWP 2021
• Celebrating women leadership and recognizing extraordinary contributions in various fields
• Inspiring students to break the societal stereotypes on gender parity
• Thought-provoking narratives and perspectives on women-empowerment were brought forth by eminent personalities – both men and women
Hyderabad, 15th January 2021: The 2nd edition of the National Women’s Parliament (NWP) 2021 was successfully concluded at MIT World Peace University (MIT-WPU) in Pune. Organized in partnership with the MIT School of Government, the four-day virtual conference was held from 11th to 14th January 2021 and the theme of the conference was: “Women in Leadership 4.0: Power, Progress & Change.”

The NWP 2021 was graced by business leaders, NGOs owners, political leaders, sports personalities and celebrities from all over the country. The Conference witnessed more than 71 speakers with 11 sessions and was attended by more than 3500 participants.

This year’s theme was articulated with the aim of promoting women’s social, political and economic equality in all strata of society and facilitating dialogue between women of diverse backgrounds. Women from politics, social sector, education, sports, corporate, media, arts and culture, judiciary and young aspiring girl students came together to stage their experiences and share their knowledge in the areas of women’s social, economic and political empowerment.

Smt Anandiben Patel, Hon’ble Governor of Uttar Pradesh and Madhya Pradesh, Former CM, Gujarat, said, “It is an honour to be a part of the 2nd National Women’s Parliament 2021. Women are an institution in themselves. Woman empowerment is an important step towards the progress of our nation. They are an important part of our workforce, who contribute to our nation’s prosperity. If more women are educated, we will be able to eradicate many ill social practices in our society such as, the dowry system. I am pleased to know that MIT World Peace University’s initiative of the National Women’s Parliament platform recognizes the extraordinary contributions of women in the different sectors of our society.”

Aakash+BYJU’S launches its New Classroom Centre at Powai in…

Shri. Rahul V. Karad – Managing Trustee & Executive President, MAEER’s MIT and Executive President, MIT World Peace University, said, “Though we are the largest democracy, women in India find themselves under-represented and far-removed from decision-making levels even after seven decades of being a democracy. As a university that believes in universal value-based education, we consider it our prime responsibility to lead this change towards women empowerment. Through the National Women’s Parliament, we are providing an apolitical platform for women from diverse backgrounds to highlight their gender specific issues. Women from politics, social sector, education, sports, corporate, media, arts and culture, judiciary and young aspiring girl students come together to stage their experiences, share knowledge and research in the area of women’s social, economic and political empowerment. This is India’s platform which will help steer our society’s mind-set towards women empowerment and help young girl students realize their potential.”

Quotes of other prominent personalities:

Dr Mallika Sarabhai, Padma Bhushan, Legendary Dancer, Founder – Darpana Academy of Performing Arts, said, “Through the National Women’s Parliament hosted by MIT-WPU, we are reaching out to you to show you the different possibilities that are available. Let not the boundaries of society stop you from flowering to the fullest. We are our only competition. Women in leadership positions, who can make independent decisions, are the need of the hour. Are we willing to be unfrightened, secure beings who are willing to shine their light?”

Smt Pankaja Munde, National Secretary, BJP, Former Minister, Govt of Maharashtra, said, “In today’s 2nd National Women’s Parliament hosted by MIT World Peace University, I would like to be the voice of all those women who have lost their voices in our patriarchal society. Today, our parliament has only 12% of women representation and only 8% of our national leaders are women. This is a big fight that powerful women leaders need to take forward and win. A lot of women will need to enter politics in our country so that they can lead women-centric causes. Since we are poorly represented, especially in politics, reservation becomes our right. I would like to congratulate the 2nd National Women’s Parliament hosted by MIT World Peace University for leading this change towards women empowerment by creating this national platform that highlights women’s needs and issues.”

Shri Kailash Kher, Padma Shri, Indian Singer, Music Composer, said, “The female power or the Nari Shakti epitomizes the qualities of heartfulness and love. Women today are a shining example of how to conduct business using both the faculties of the mind and the heart. I would like to take this opportunity to congratulate MIT World Peace University for spreading the much-needed message of women empowerment in our society.”

Sushree Uma Bharati, National Vice President BJP, Former Minister of Drinking Water and Sanitation, Govt. of India, Former Chief Minister, Madhya Pradesh, said, “I am honoured to be a part of the 2nd National Women’s Parliament hosted by MIT World Peace University. There was a time when physically abusive behaviour towards women was considered the epitome of masculinity in many pockets of our society. Women from the weakest sections of our society, belonging to the SC-ST category, often not only face extreme poverty but have to go through the worst forms of humiliation due to an intolerant, discriminatory society. To add further, the educated sections of our society are often the torch bearers of classism and status quo. Even political leaders, who are women, face certain unfair biases in their representation, which is missing from their male counterparts. These extreme paradoxes within our society is exactly why this message and initiative to empower women is so important. Today, it is a proven fact that women can play a crucial role in leadership positions, balancing their personal and work lives successfully.”

Ms Usha Uthup, Playback Singer, said, “Why do people think that Bollywood is the only benchmark for singers and musicians in our country? In my early career, people thought that singing at night clubs was not a good thing. But I began my career singing English songs at a night club, wearing a traditional Indian saree and in complete Indian attire. I broke a certain glass ceiling and I did it because I believed in myself and sang like I would instead of copying other singers. So, today, at the 2nd National Women’s Parliament hosted by MIT-WPU, I’d like to leave women with the message that believe in yourself and make your limitations your strengths.”

Mr Salim Merchant, Bollywood Music Director, said, “Whenever I have worked with women, I have found them to be very systematic, hardworking, dedicated and passionate in whatever they do. In our society, a lady has to work harder to prove her mettle. It is time for men to move on and give women the space, leadership and power. I’m so honoured to be part of the 2nd National Women’s Parliament hosted by MIT World Peace University which leading this highly important movement on women empowerment.”

Smt Rajashree Birla, Padma Bhushan, Chairperson, Aditya Birla Foundation & Aditya Birla Management Corporation Ltd., said, “Let me begin by congratulating MIT World Peace University for hosting the 2nd National Women’s Parliament. I look upon it as a celebration of woman power. I see it as a forum that recognizes the potential of women as great leaders, centre-staging them as parliamentarians. It is a great platform for societal consciousness on gender-related matters.”

The University of Tokyo: Little-known realities of the ancient Olympic Games

Aakash+BYJU’S launches its New Classroom Centre at Powai in Mumbai; 13th in the…