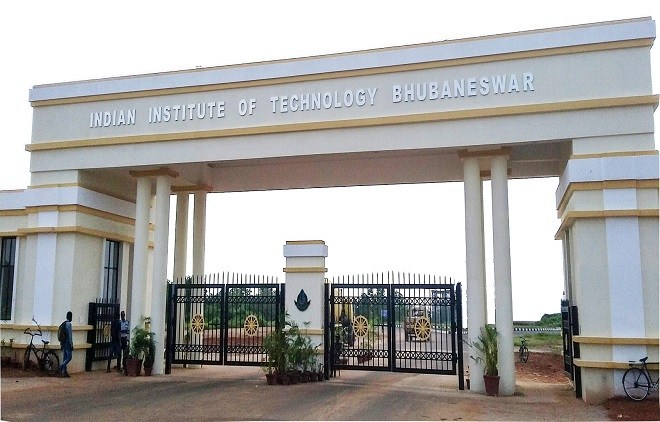 Bhubaneswar: IIT Bhubaneswar in association with Software Technology Parks of India (STPI),MeitY and Govt. of Odisha is holding a Two day ( 09th-10th April, 2021) Workshop, Hackathon and Start-up Colloquium on Virtual and Augmented Reality in Hybrid mode. The Inaugural ceremony of the Conclave and Hackathon was inaugurated by Dr. Omkar Rai, Director General, STPI and Chief Guest of the event via video conferencing. The event was presided over by Prof. R.V. Raja Kumar, Director, IIT Bhubaneswar and participants were welcomed by Prof. R.K. Panda, Dean Alumni Affairs and International Relations, IIT Bhubaneswar.
Speaking on the occasion, Prof. R.V. Raja Kumar, Director, IIT Bhubaneswar while welcoming all the participants spoke about the genesis of the Center of Excellence in Augmented Reality and Virtual Reality (VARCoE) and its activities happening in AR/VR at the Institute. He emphasized that taking into consideration the two clarion calls, “Make in India” and “Aatma Nirbhar Bharat.” by Hon’ble Prime Minister of India, there was a need felt for creation of an ecosystem for manufacturing, research and development activities and creation of leadership in the core areas of AR-VR. A CoE in this important area was created at the Research and Entrepreneurship Park (REP) of IIT Bhubaneswar for activities majorly focussing on manufacturing along with research and development in the areas of AR-VR.
He also mentioned about the successful launch and execution of Conclave and Hackathon in the year 2020 by the CoE of the Institute for the budding entrepreneurs, engineering students and start-ups for creation of disruptive and inspiring products/solutions in the AR-VR domain. He also expressed his happiness on the ongoing research work on AR-VR in several fronts ranging from applications development to driving simulator designs and also underlined the need for more initiatives in this direction. He also acknowledged the philanthropic support from Smt. Susmita Bagchi, Chairman, Mo School, Shri. Subroto Bagchi, Odisha Skill Development Authority, the support from Department of MSME, Govt. of Odisha, and STPI for joining hands together with IIT Bhubaneswar for creation of Centre of Excellence in AR-VR (VARCoE) at the institute.
Chief Guest Dr. Omkar Rai, Director, STPI spoke in detail about the role of technology in addressing the gravest challenges of the world by delivering path breaking solutions. He also mentioned that it’s imperative for the Indian IT industry to stand tall and support the nation in overcoming the challenges and making it an example for the audiences spread across the globe. He reiterated that the thrust on further easing business norms and incentivising start-ups, embracing emerging technologies such as AI, ML, IoT, AR, and VR for catalysing the growth of the Indian economy. He stressed on the need for indigenous technologies and creation of a suitable ecosystem for collaborative research and innovation thereby helping tech companies and start-ups for building indigenous affordable products for the citizens of the nation. He also complimented IIT Bhubaneswar and the leadership of Prof. R.V. Raja Kumar for the exemplary work in the domains of AR-VR. He also mentioned about the CoE being the first of its kind in the country and foreseeing it as a leader in the coming times.
VARCoE focuses on creating an ecosystem for carrying out R&D in immersive visualization and applications, giving impetus to skill development, manpower creation through innovative education program and foster technology incubation and entrepreneurship. The Conclave and Hackathon includes several guest talks, interactive sessions, workshops by student teams. Some of the esteemed speakers during the two day conclave include interesting talks by Shri. Nirav Jain, Lead Software Engineer (SDK &Tools), Magic Leap, Canada, Dr. P P Roy, IIT Roorkee, Shri. Praveen Bhaniramka, Chief Executive Officer, Viz Experts, Shri. Sanan Goyal, Project Manager – India Question What’s Real, Ramesh Anumukonda, Chief Gamer, Founder, A Plus Associates LLP and Dr. Neha Tuli, Chitkara University and Co-Founder 6DoF. The talks and sessions will be followed by award ceremony on the last day.
Also present on the occasion were Dr. P.K Sahu, Professor-in-charge, VARCoE, Dr. Rajan Jha, Associate Professor and Member, VARCoE, Dr. V. Panduranga, Associate Professor, and Dr. Kodanda Ram Mangipudi, Assistant Professor, IIT Bhubaneswar. The inaugural ceremony ended with vote of thanks by Dr. P.K. Sahu, PIC-VARCoE, IIT Bhubaneswar.

CenturyPly Introduces yet another innovative solution – Firewall Technology; ensuring that its customers get critical time to act and be safe in case of fire