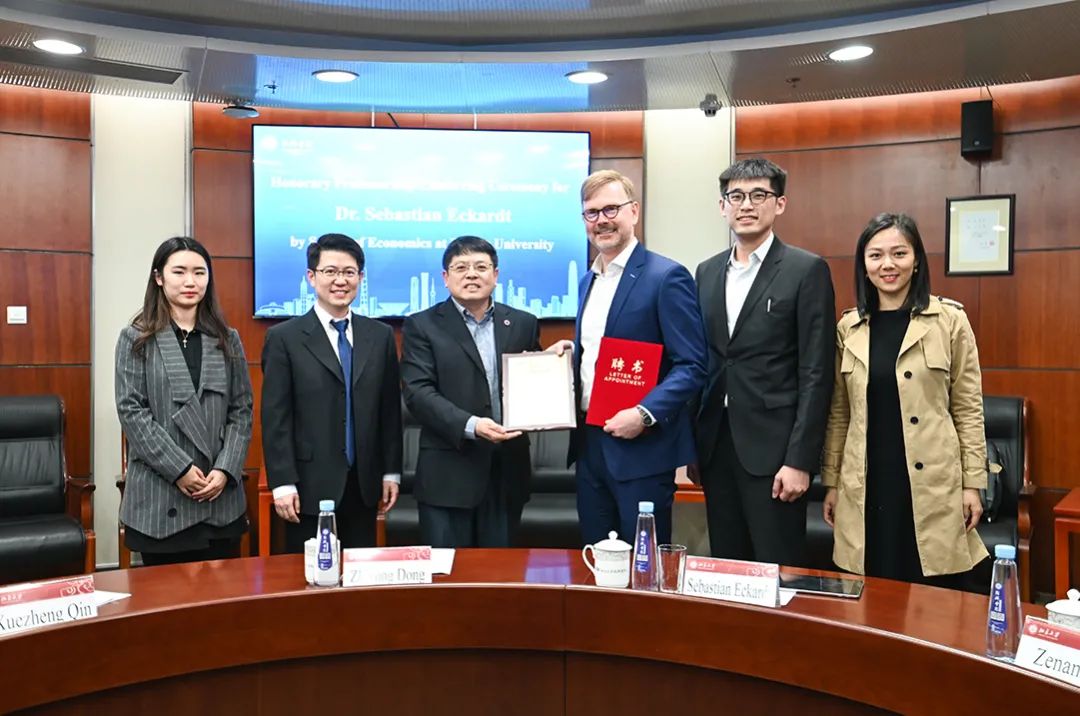 Peking: In the context of globalization, building a community with a shared future for mankind and realizing global good governance are the inevitable choice and the common value orientation of the current international economic and social development. In order to explore how to better support and participate in the construction of international organizations, and to optimize the global economic governance system and governance capabilities, the School of Economics at Peking University held the lecture series on “International Organizations and Global Economic Governance”, with experts and scholars from the World Bank (WB), International Monetary Fund (IMF) and the World Trade Organization (WTO), along with students and teachers from Peking University discussing the integration of global economic development and governance reforms.

The first lecture of “International Organizations and Global Economic Governance” of the School of Economics at Peking University was recently held in the Chu Jiwang Lecture Hall of the School of Economics. Dr. Sebastian Eckardt, World Bank’s lead economist and program leader for China, Mongolia and Korea, published an academic report on the theme of “Six Questions about the Chinese Economy”. More than 60 teachers and students from the university attended the lecture.

In the keynote speech session, Professor Eckardt reviewed the medium and long-term development trend of China’s economy. He pointed out that China’s economy is facing with a constantly changing situation, which puts forward new requirements for future economic policies. Thus, China needs to adopt new measures to cope with the ever-changing challenges. Subsequently, Professor Eckardt analyzed the main sources of China’s economic growth, the constraints it faces, and the opportunities for future development.

When talking about the debt issue, Professor Eckardt pointed out that China’s high savings has promoted the growth of investment. However, this will also bring about certain financial risks.

From the perspective of balanced regional development, Professor Eckardt said that the gap between China’s regions, between urban and rural areas is gradually narrowing, but the return on capital in high-investment regions is declining, which may bring about a certain degree of challenge in balanced regional economic development.

Regarding the current situation of China’s international trade, Professor Eckardt pointed out that China is the world’s second largest economy and an important exporter, but the dependence of the Chinese economy on exports is gradually declining.

Based on the analysis of the current economic situation and challenges in China, combined with the development requirements of the 14th Five-Year Plan, Professor Eckardt also put forward corresponding policy recommendations. He believes that, strategically, we must pay attention to demand management, especially consumer demand, and to reduce dependence by looking for substitutes and independent research and development of related products.

In the Q&A session, Professor Eckardt interacted with the teachers and students on hot issues such as new infrastructure construction, China-EU investment agreement, international monetary policy, and introduced the career development opportunities of the World Bank in detail. He also welcomes students to apply for internships and job opportunities at the World Bank and to contribute to the global governance.