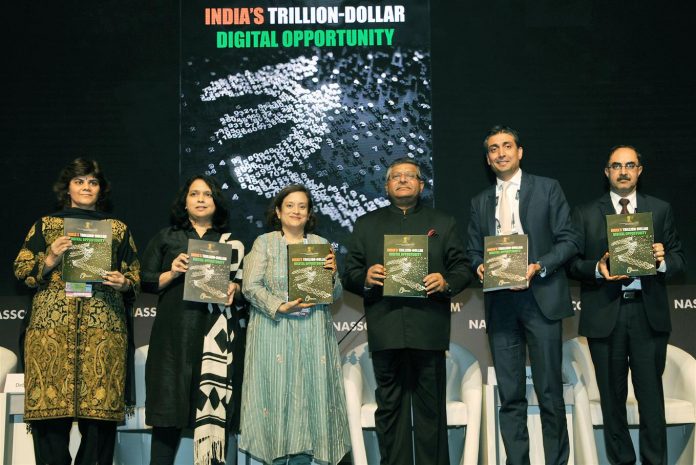 New Delhi: Union Minister of Electronics and IT, Law and Justice Shri Ravi Shankar Prasad said digital India journey has evinced global interest and people are eager to learn from Indian experience. He said National Informatics Centre has responsibility to deploy technology for improving governance and make growth more inclusive and sustainable. He was speaking at the inauguration of VIVID 2019 here today.

He said digital India initiative should be seen beyond IT and governance. It is an initiative of Modi Government aimed at empowering ordinary people. He said NIC has the responsibility to make people use digital technology with the objective of bridging rural-urban gaps and also ensuring that the national efforts to bring about transparency in governance are reached.

He said India has everything to be the hub centre of data analytics and NIC has the pivotal position to take India to a position of dominance in this sector. Another issue of immediate concern is development of low cost cyber security solutions. He said the Government’s technology custodian should not hesitate in extending supporting Hand to private sector.

On the occasion, he released following

Centre of Excellence on IOT Open Lab at Bangalore: It intends to support 100 start-ups per year with an overall target to support 500 start-ups over a period of 5 years.
Electronics System Design and Manufacturing (ESDM) Incubator at Bhubaneswar with state-of-art facilities to promote ESDM innovation, R&D and create Indian intellectual property is the first of its kind in the Eastern Region of the country. The incubator will be implemented by STPI in collaboration with Government of Odisha, IIIT Bhubaneswar and IESA. It aims to leverage 40 start-ups over period of 5 years.
Centre of Excellence for IoT at Gandhinagar: Center of Excellence for IoT and AI at IIT Gandhinagar will add momentum to the deep tech innovation ecosystem and has the major focus areas of manufacturing (Industry 4.0), Biotech, Pharma and healthcare.
NASSCOM Centre of Excellence for IoT, Vizag: CoE for IoT at Vizag in partnership with NASSCOM and Government of Andhra Pradesh will focus on technology intervention for bringing positive change in Agriculture, Healthcare and Industry 4.0.

Designed and developed by NIC, the AI based Digidhan Mitra enables a text & voice based conversation with the user, mining the Digidhan Portal, to give customized information in graphical, tabular and textual format. It provides bank wise transactions details as well as growth pattern of various modes of transactions like BHIM, IMPS, Cards etc. in tabular as well as graphical form.”

The Scheme has been devised to promote the momentum into the tech entrepreneurship landscape. The Scheme provides financial and technical support to incubators engaged in supporting ICT start-ups using emerging technologies such as IoT, AI, Block-chain, Robotics etc. in seven pre-identified areas of societal relevance.

NIC TechGov is a competitive platform that presents a unique opportunity to the NIC officers posted in states and districts offices across the nation to accelerate their knowledge and learn emerging technologies. Total 203 teams cumulatively consisting of 514 members registered for the event under two different tracks called Innovation and Collab:DEV. Across different sub-tracks of TechGov 2019, 7 teams comprising 13 members and 8 teams with 19 members in total were declared winners in Gold and Silver categories respectively.

The Swachh Bharat Mission inspired by the Hon’ble Prime Minister’s vision to engage all Union Ministries/ Departments in Swachhata related activities is of pivotal importance. NIC has participated in Swachhata activities since the launch of the Swachh Bharat mission. An audit was undertaken by NIC for ranking/ awards to the field offices at the State level for their achievements and on its basis ranking of NIC State Centres was finalized.