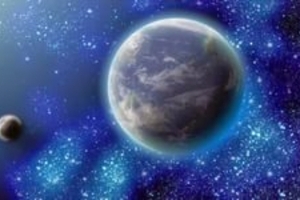 World Space Week was held from 4 to 10 October

PetrSU scientists are summing up the results of their scientific research in the field of space physiology.
Since 2015, the Department of Human and Animal Physiology, Pathophysiology, Histology of the Medical Institute of PetrSU has been conducting research to study the effect of ground-based simulated weightlessness on the body of an elderly person suffering from Parkinson’s disease.

It should be said that, judging by the statistics of readings and downloads, the interest in these articles is huge, especially in Germany, Belgium, the USA and the PRC. We attribute this to recent flights to suborbital space by two private spaceships – Jeff Bazos on Blue Origin and Richard Branson on VVS Unit with a crew of elderly tourists.

As a prospect, we reported in our articles that soon flights of older people into suborbital space will be a reality, but there is little research on the physiology of an elderly person in space, and on a person with neurodegenerative diseases, there are no at all. Our studies have shown that a short-term state of weightlessness, with careful selection of applicants, does not have negative consequences for the cardiovascular system, even for a patient with parkinsonism. In some respects, this flight is even useful. In fact, with our work, we have closed a large gap in space physiology and the rationale for space tourism. The recent arrival on the ISS of a team to shoot the first space movie only confirms this trend.

In April of this year, the Human in Space conference was held, in May – the traditional conference of the International Society of Gravitational Physiology (ISGP’42), which were dedicated to the 60th anniversary of the first manned flight into space. The members of this organization are professors. The “Road to Space” conference has just been held.

The last event is worth noting, since this conference is held within the framework of the World Space Week (October 4-10), which this year was dedicated to women in astronautics, as well as within the framework of the Space Science Days held under the auspices of Roscosmos in honor of the launch of the first Earth satellite and the Russian Year of Science and Technology. In general, there are many significant events.

We spoke at all conferences with the scientific results of many years of research, talking about the prospects for education in the field of space medicine. In the future, the department will continue to cooperate with the Center for Aerospace Medicine and Technologies in Moscow on the use of virtual reality methods to assess the reaction rate in zero gravity, the introduction of such new physiological research methods as the assessment of cerebral circulation during immersion, the phenomenon of muscle tone in conditions of model zero gravity, investigation of the reactions of interception of a moving target. We will also continue our educational and educational mission, because it is more interesting to study with space.

A simple example. Physiology textbooks pay very little attention to the fact that all our physiological functions (and their pathophysiological changes) occur under conditions of gravity and are essentially antigravitational. This applies to movement, orientation in space, the usual upright standing and holding the posture, the movement of blood, especially venous blood, the ratio of ventilation and perfusion in the lungs. In general, it makes you be a physicist, biophysicist, mechanic and more and more often look into the textbook of elementary physics.

The project to immerse patients with parkinsonism in a state of ground zero gravity has become a real catalyst for cooperation, in which more and more colleagues from various institutes of PetrSU are involved,

Scientific seminar “Andrey Bely and the culture of the Silver Age”

The lecture hall “First Steps in Psychology” begins its work