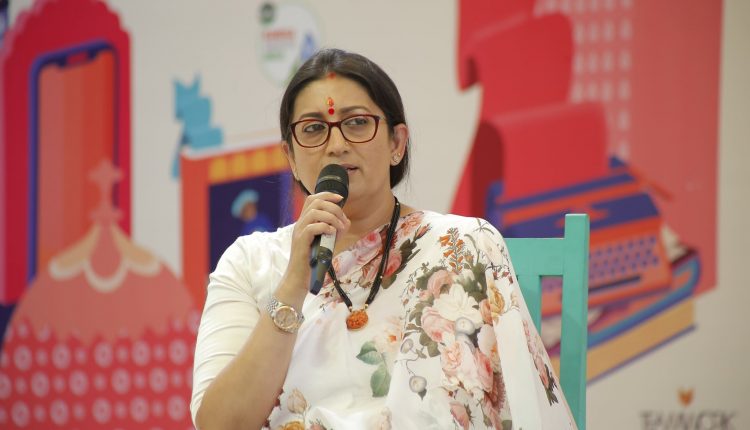 Sunday, 13 March 2022, day four of this year’s edition of the on-ground Jaipur Literature Festival, unfolded at its usual effortless pace. The previous day too had seen a diverse range of sessions – including one with Member of Parliament and bestselling author Shashi Tharoor in conversation with  journalist, author and columnist Vir Sanghvi. Tharoor is a prolific wordsmith who has written over 20 books. During the conversation, Tharoor discussed his love for reading and shared his ideas, insights, convictions with Sanghvi. Commenting on the state of India’s diversity, Tharoor remarked that he is worried. “An India that is denied to some of us will be denied to all of us,” said Tharoor. In another session titled Ancient India: Culture of Contradictions, renowned professor Upinder Singh, author of Political Violence in Ancient India and The Idea of Ancient India: Essays on Religion, Politics, and Archaeology, was in conversation with historian, author and Festival Co-Director, William Dalrymple.

Carrying forward the Festival’s eclectic flavour, the fourth day of the literary extravaganza opened at the Front Lawn with a yoga session by Nutrition Consultant and Yoga Teacher, Shikha Mehra. Mehra began by demonstrating body-breath awareness exercises and a flow routine which awakens the entire body, activates the muscles, reduces stiffness and tension in the body and mind. The session ended with pranayam. Morning Music was graced by The Aahvaan Project with musicians Sumit Balakrishnan, Anirban Gosh, Vedi Sinha, Varun Gupta and Nikhil Vasudevan presenting an inspired performance to the wisdom of Kabir.

A majestic heritage evening awaits at the Jaipur Literature Festival 2022!

Texas A&M: Texas A&M Program To Give $100K In Combined Grants To…