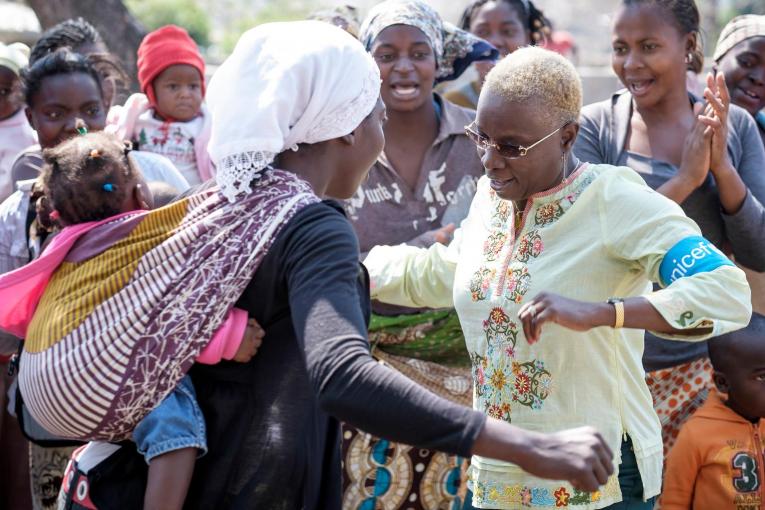 New Delhi: Once called the “world’s most defiantly joyful song”, Miriam Makeba’s ‘Pata Pata’ has been re-recorded by UNICEF Goodwill Ambassador Angélique Kidjo, to spread information and hope in a time of Coronavirus.

Without any alteration to chords or syllables, though with several changes to the lyrics, ‘Pata Pata’ will be re-released by UNICEF across the globe this Thursday, more than 50 years since the international smash hit first took the world by storm. It does so with full copyright approval.

Nicknamed ‘Mama Africa’, Miriam Makeba was a South African singer and songwriter. She was a United Nations goodwill ambassador who worked on hunger, HIV and domestic violence, as well as a civil rights activist. Makeba was among the first African musicians to receive worldwide recognition, winning a Grammy in 1965, performing from Johanesburg to New York; Lagos to London. She was both a friend and a mentor to Kidjo.

‘Pata Pata’ literally means ‘touch touch’ in Xhosa. The modified version sung by Kidjo includes lines such as: It’s a time to “Sit it out!” This is ‘no-pata-pata… Stay at home and wait it out …..We need to keep our hands clean ….So ‘no-pata pata’…Don’t touch your face, keep distance please.

This new version of ‘Pata Pata’ will be free to use. The public is encouraged to submit videos of themselves dancing to ‘Pata-Pata’ by tagging @1unicefafrica on TikTok or @unicefafrica on Instagram with #nopatapata and #healthyathome. The best dance clips will be included in a music video to be released in mid May.

The song has particular resonance for Kidjo whose friend, Afro-Jazz icon Manu Dibango, died earlier this month from Coronavirus. “Manu inspired me. Miriam inspired me. And Pata Pata gave me hope,” said Kidjo. “We all know what needs to be done, but we also know how much communities are suffering. Pata Pata has always been there for people at a time of struggle. I hope it helps once more. And I hope from our confined spaces we can dance once more.”

Various countries are in early stage: WHO on Coronavirus

#ICMR continuously scaling up its testing facilities for #COVID19 by giving approval to govt, private laboratories

iednewsdesk Sep 24, 2021
Brain metastasis occurs when cancer in one part of the body spreads to the brain. The lifetime incidence of such…

Kyushu University: In the race to reduce car emissions, don’t…

University of Alberta: Self-awareness key to helping kids cope with…

University of Alberta: Lakes in Canadian Rockies are losing their…