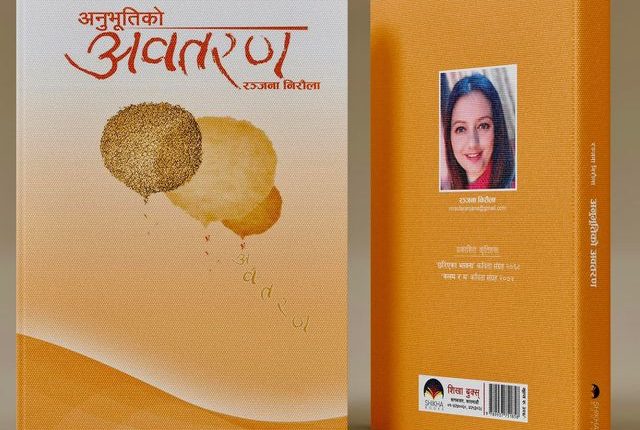 It should be noted that Ranjana Niraula is a multifaceted personality from Nepal who juggles multiple roles in her daily life with equal panache. From being a popular poet in Nepali and English literature with a penchant to weave magic with her beautiful words and pictures to being a poet, editor, panelist, researcher, philanthropist, Academic, humanist, literary critics, curator  to being a speaker, she handles each role with élan and confidence with a sole motive to excel and live up to the high expectations from her legions of fans spread across Nepal as well as the Subcontinent.

Hailing from Kathmandu in Nepal which in itself has a rich glorious past, Ranjana’s parent  too proved her literary sense from early childhood when she started to display her natural sense of poetic feelings which she put down on paper as she grew up. Ranjana has two Masters Degree and is pursuing PhD,  member of International Nepali Literary Society, Nepal Shrastha Samaj, Gunjan Sahitya Sanstha, Nepal Vanmaya Pratisthan and so on.

Within a short span, Ranjana’s writings started making a name for herself and soon words of Ranjana’s creative writing spread throughout Nepal and India. After receiving tremendous commendations from her readers for her poetry collections, she soon tried her hand at writing essay in the Nepali. Her new book “Anubhutiko Abataran” contains 15 essay about different feelings and different issues.

Over the years, Ranjana has been felicitated a number of times by various organisations as well as she had been invited as a Guest Speaker in Nepal and to many foreign countries like India, Bangladesh, UAE on a number of occasions that has been proved a learning curve for her audience.

Ranjana   has been a founding member of many literary organizations and she intends to establish own organisation through which she wants undertak many research oriented work in literature as well as in the field of creativity.

University of Michigan: Journalists to share insights as part of U-M’s Democracy in Crisis series