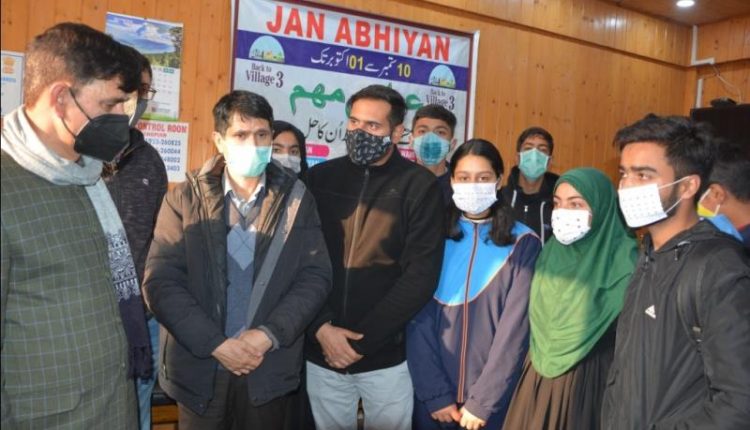 SHOPIAN :  As many as ten players were selected for National level martial art championship during trails organised by “Wushu Association” Shopian.

The selected included both boy and girls from different schools.

Speaking on the occasion, Additional Deputy Commissioner, Shopian, Mushtaq Ahmed Simnani said that the need of the hour is to give boost to the sports activities and assured the Players that the District Administration would provide them each and every possible help so that the young generation could get rid of the bad habits.