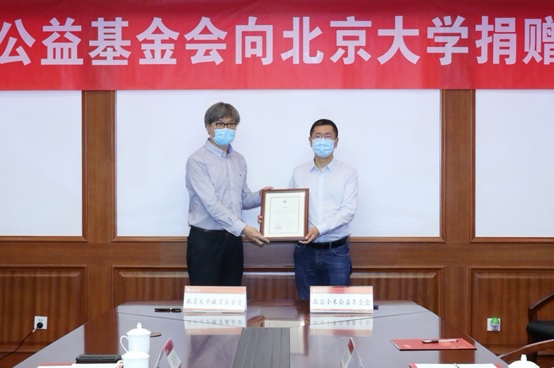 Peking: Xiaomi Foundation announced to make a donation to Peking University Education Foundation for setting up Xiaomi scholarships and stipends. These funds will be used to support undergraduates and graduate students who achieve good academic performance but with financial difficulties.

Wang welcomed Liu and his colleagues and expressed thanks to Lei Jun, founder, chairman and CEO of Xiaomi. He said that Xiaomi has grown rapidly over the past decade and it has always been providing support to the society through different ways. Wang said Peking University will continue to join hands with Xiaomi to build a better future for China and the rest of the world.

Liu said that since Xiaomi was founded a decade ago, it has always been driven by technology, hoping to improve people’s living standards and promote social progress. Meanwhile Xiaomi has also been contributing to the society and supporting education. Liu added that Xiaomi always believes that something wonderful is about to happen. In the future, Xiaomi expects to work closely with Peking University in technology innovation and high-tech talent cultivation.