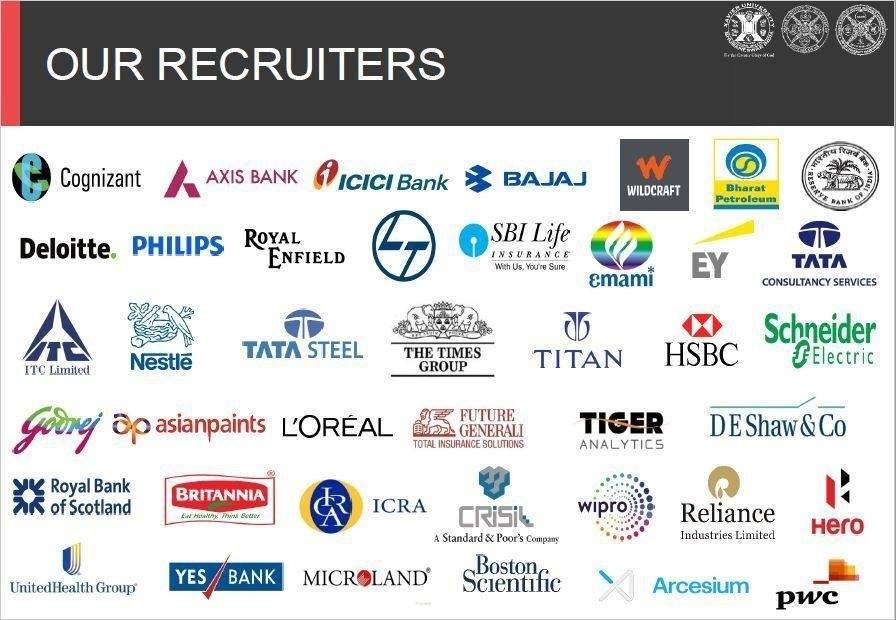 Bhubanswar: XIMB has carved its own niche among the B-schools of this country, nurturing the growth of top talent with the best of both – business acumen and thought leadership. Matching the aspirations of the students with elite organizations is one of the many achievements that XIMB has always taken pride in. Continuing this legacy, this year’s summer placement process, Summers ‘17 saw valuable partnerships being forged with prestigious organizations and old relationships being further strengthened.
XIMB is proud to announce a spectacular run of Summers ’17 for the MBA (BM) batch of 2017-2019. Despite the ever increasing competition out there, the students have performed above par, garnering roles from numerous premier organizations and continuing to build on the trust that corporate India bestows on XIMB.
Highlights:

The Consulting area was among the preferred profiles for most students, 16% of the students being recruited in the field for Management and Strategy Consulting. Deloitte, Cognizant, PwC, United Health Group, EY, etc. were some of the major recruiters that strengthened their bonds with the institute.

The Marketing area lived up to its ever rising expectations with recruiters like L’Oreal, Godrej, Emami, Nestle, Bajaj Auto, Philips Lighting, Tata Steel, Wildcraft, Boston Scientific, Britannia Industries, Royal Enfield, BPCL, Titan, Reliance Industries, Hero MotoCorp and many more, making their presence felt by recruiting 45% of the students.
In the Finance stream, lucrative jobs were offered to the students by major financial corporates like HSBC, HSBC IB, ICRA, Axis Bank, ICICI Bank, Royal Bank of Scotland, L&T Fin, Yes Bank, CRISIL, Reserve Bank of India, SBI Life and many more, echoing the strong belief of the industry in the financial intellect of the students of XIMB by recruiting 15% of the students for roles in Risk Advisory, Investment Banking, Corporate Finance, Wealth Management and Credit Analysis.

The Systems sector had major recruiters like TCS, Wipro, Tiger Analytics, Capgemini, Microland, Brillio etc., which offered diversified roles in the IT sector to the young thought leaders of XIMB and recruited 10% of the students.