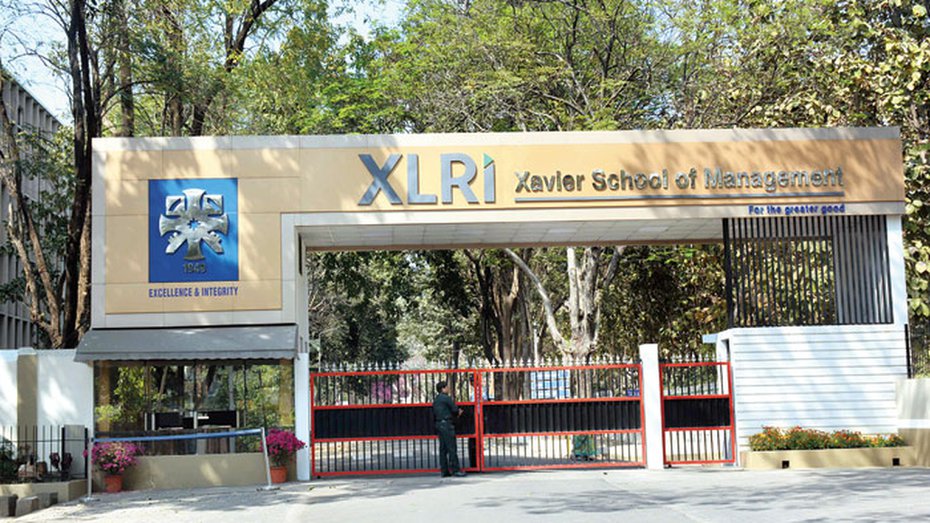 New Delhi: XLRI- Xavier School of Management, Jamshedpur, one of India’s premier B-Schools, recently hosted the largest management festival in the country- Ensemble Valhalla 2021 – The annual cultural, sports, and management festival. Spread over three days of extravaganza for the first time, this festival was celebrated virtually. The theme of the fest for this year was “Escapade” – A New Journey Awaits. It encouraged people to overcome the monotony of life and daringly take off on a journey of adventure and thrill.

XLRI, The oldest B-school in the country, has been organizing two flagship festivals, Ensemble and Valhalla over the years which has seen active participation from B-schools all across the country with the merger of the same in the 2017 edition, creating Ensemble-Valhalla. While Ensemble celebrates business sense and logic, Valhalla celebrates cultural extravaganza that salutes sportsmanship, creativity, and passion – through various events like literary, cultural, and business events, allowing students to interact with their effective leaders.

Chief Guest, Mr. Sachin Pilot, delivered the inaugural speech. He spoke about how the pandemic can be viewed as a blessing that has brought us together and has opened up avenues for innovation and new ways of life and said,, “I cherish my college days the most. Please make no mistake, I enjoy my job, and I think I am decent at it but the on-campus feeling, working with friends, the eco-system at Institute that you want to be all the effort and hard works that goes into achieving your immediate target is so fulfilling, and once you on the campus besides studying,, there is so many other activities goes on that shifts a personality. All of you will realize when you get into work-life that there are ups and downs, good days and bad days but nothing like being young and studying on campus; all of you are blessed that you have a wonderful institute to study and a great faculty and bright future ahead of you” and declared the fest open.

One of the highlights of the fest is the Idea Summit, where film and television giants including Imtiaz Ali, Rajat Sharma, and Mithila Palkar came forward and shared their experiences. Along with all these, the cast & crew of “Mirzapur” were present- Ali Fazal, Harshita, Anjum, and Puneet. YouTube’s emerging artists Janis, Yash Raj, Sejal, Prajakta, Barkha, and Divyanshu also related their struggles and journey.

Day 1 witnessed the massive participation of different student teams in various Business Competitions like Societas, Pandemonium, Tycoon’s Gambit, Helios, and The Next Gen Leader, the flagship leadership event. Participants also had the opportunity to battle it out in fun and creative opportunities like JAM, TimeTurner, and AdMad. Day 1 also kick-started the inter-faction competition between students of the BM and HRM streams of XLRI with various sports like cricket (women’s), basketball (women’s), volleyball, carrom, and tennis, and with the HRM department taking the lead.

One of the highlights of the fest was the Idea Summit 2021. The Entertainment Panel featuring Imtiaz Ali, Mithila Palkar, Aparshakti Khurana, and Nitin Baid, moderated by Sneha Menon Desai, witnessed a discussion where the panelists shared their experiences in the world of entertainment- from their first encounter with the cinematic world to how they achieved fame in their respective field of work. While hosting questions from the audience, they talked about treading the path not taken and delved deep into the art of film-making. Ms. Desai was a phenomenal moderator driving the conversation with engaging topics. While Mr. Imtiaz’s extensive and varied experience and Mr. Baid’s insights into the editing world enhanced the discussion’s value, Mr. Khurana’s zest, and Ms. Palkar’s cheerfulness kept the discussion fun and entertaining.

The entertainment panel was followed by the Cricket panel, which featured Mr. Murali Kartik, Mr. Kirti Azad, and Mr. Yashovardhan Azad. It witnessed engagement from sports enthusiasts as the illustrious panelists shared many of their experiences with the audience- from funny incidents on the field to their take on various rival teams. The wonderful discussion was reflective of their passion for the sport and their knowledge about the same.

Idea Summit panels were followed by a virtual melodious performance by Ankit Tiwari, who wowed the crowd with his mesmerizing vocals. The day came to a close with the audience grooving to an extraordinary, hour-long performance by Bhuwin Khursija.

As part of the Idea Summit 2021, Mr. Rajat Sharma, one of the most renowned Indian journalists noted for his shows like “Aap ki Adalat,” was one of the evening’s esteemed panelists. He moved the audience with the story of his struggles, the backdrop he grew amidst, and how he established himself as a veteran in the industry. He shared his experiences and views with the students. When asked why he grills his guests with difficult questions, he responded, “The questions are not difficult. People want to hide, and that’s the reason they find the questions tough.”

Another major attraction of the Idea Summit 2021 series was the Mirzapur panel featuring its creator and writer, Puneet Krishna, and the actors, Ali Fazal, Anjum Sharma, and Harshita Gaur. It was a fun and engaging conversation, subtly delving into the depths of acting and character development along with the struggles associated with putting up a web series. Mr. Krishna also touched on the importance of advocating for women being in charge. Interestingly, Mr. Fazal shared his takeaways from the session. While Ms. Gaur shared her journey from academics to acting, Mr. Fazal and Mr. Sharma shared insights and challenges that lie behind the screen.

Following the panels of the Idea Summit 2021 was the Pro Show. The night came to an end with the audience laughing their hearts out to the witty humor of Rahul Subramanian, the maker of comic solo “Kal Mai Udega” and one of the top ten finalists of Comicstaan, Sejal Bhat.

Day 3 witnessed a massive participation of different student teams in various FLAGSHIP Competitions like Strategikon, Bid it like Beckham, Genesis, Bamboozled, Circus Maximus, and War of Wits. The fest also hosted students participating in MUN and cultural competitions like Raagalya, meme contest, Memebaazi, and quizzing events like Back to the Roots and the General Quiz, followed by the final round of The Next-Gen Leader, EVCT’s flagship leadership event. The last day of the inter-faction competition witnessed the BM and HRM students battling it out for the winning spots in Cricket, Basketball, Futsal, and Badminton, and the sports segment concluded with HRM winning by a margin of 10-5.

The final day of Idea Summit 2021 hosted some of the most renowned influencers of our times for the Youtube Panel. The discussion was moderated by the talented Janice Sequeira and featured the likes of Yashraj Mukhate, Barkha Singh, Prajakta Koli, Sejal Kumar, and Divyanshu Damani. The creators spoke about the challenges they faced as digital content creators amidst a pandemic and how they transformed it into an opportunity to develop better content. The discussion also focused on the changing dynamics of social media influencing and the future of content creation. Interesting games characterized the fun discussion and included the panelists discussing their escape from their daily lives.

Vivek Singh opened the last Pro show of the fest and the day came to a close, with the audience swaying to KK’s melodious musical genius. His vocals had all the listeners mesmerized, and his soulful performance was a fitting finale for Ensemble-Valhalla 2021.