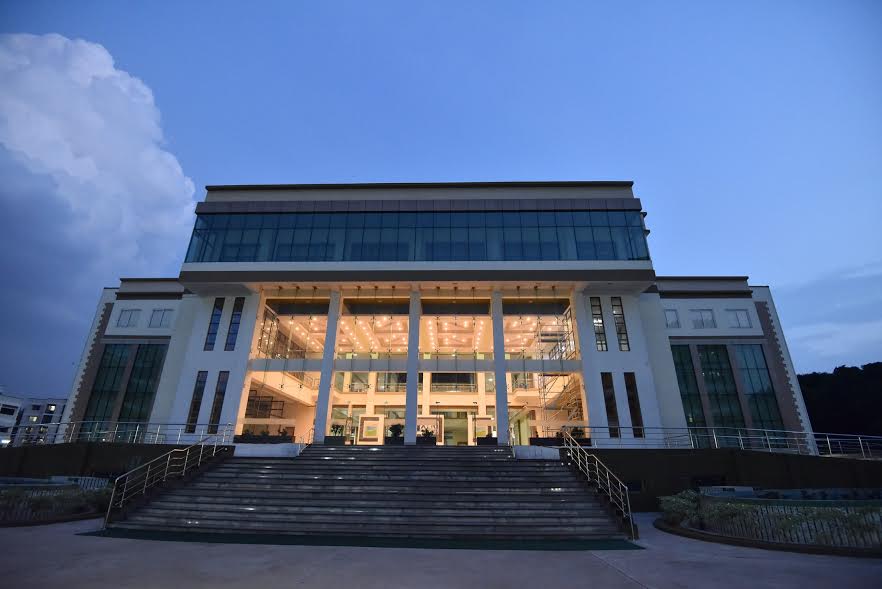 Jamshedpur: XLRI- Xavier School of Management, one of India’s premier B-School, is all set to hold its 61st Annual Convocation on 25th March, 2017.

18 Indian students of the third batch (2015- 17) of the Global MBA Programme by XLRI in partnership with Weatherhead School of Management, USA and School of Economics & Management of Tongji University Shanghai, China will receive their graduating certificates. Besides certificate and medal from their home school – XLRI they will also be awarded a joint certification from the 3-schools’ consortium on the occasion.

Speaking about this momentous occasion Fr. E Abraham S.J., Director, XLRI said, “Convocation is considered the most significant event in the academic year for every student, faculty, and staff as it is the culmination of all the efforts put in by an individual during their time at the campus. This year is an important milestone for us at XLRI as we celebrate the 61st Convocation of our institution”.

This year XLRI would confer the prestigious ‘Sir Jehangir Ghandy Medal for Industrial and Social Peace’ to Mr. Adi Godrej, Chairman, The Godrej Group. He will also deliver the convocation address to the graduating students at the event.

Mr. Adi Godrej has been president of several Indian trade and industrial bodies and educational institutions. He is Chairman of the Board of the Indian School of Business, and past President of the Confederation of Indian Industry. He has been a member of the Dean’s Advisory Council of the MIT Sloan School of Management, Chairman of the Board of Governors of the Narsee Monjee Institute of Management Studies, and a member of the Wharton Asian Executive Board. Mr. Godrej is also a patron of the Himalayan Club.

Mr. Godrej holds Bachelor’s and Master’s degrees from the Sloan School of Management at MIT.

Sir Jehangir Ghandy Medal for Industrial and Social Peace, instituted by XLRI in 1966, in honour of the Late Sir Jehangir Ghandy, former Chairman of the Board of Governors- XLRI is awarded to Heroic Leaders who have contributed towards the growth of their respective organizations and also impacted the growth of our nation in a significant way. The medal was instituted by XLRI in gratitude for Sir Jehangir Ghandy’s yeoman contribution to XLRI and the society at large. One of the oldest medals instituted by a higher education institution, the medal is awarded during XLRI’s Annual Convocation Ceremony to recognize outstanding contributions in the field of industrial and social peace in the country. In the past years, the medal was conferred on eminent business leaders like Mr. N R Narayana Murthy, Chairman Emeritus and Chief Mentor, Infosys Technologies Ltd. in 2012, Mr. Shiv Nadar, Founder & Chairman, HCL and Shiv Nadar Foundation in 2013, Ms. Arundhati Bhattacharya, Chairman, State Bank of India in 2014, Ms. Mallika Srinivasan, Chairman & CEO, TAFE (Tractors and Farm Equipment Limited) in 2015 and Dr. Sunil Kant Munjal, Jt. Managing Director of Hero MotoCorp & Chairman, Hero Corporate Services Pvt. Ltd. in 2016.

NIIT.tv – a disruptive innovation by NIIT, enters into a partnership with Buddy4Study