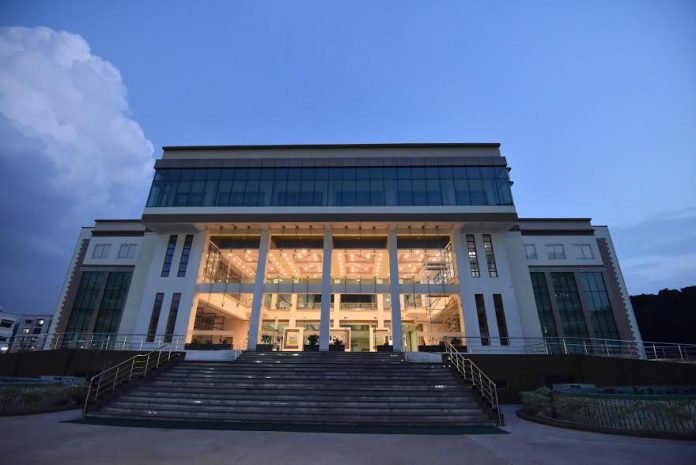 New Delhi: XLRI- Xavier School of Management has successfully placed its outgoing batch of 2015-17 of its flagship programme Two-year Postgraduate Diploma in Management – HRM and BM comprising of 359 students.

Key Highlights of XLRI Final Placements 2017:
o Total Number of PPOs received: 121.
o Number of new roles see a rise of 17% over last year
o The median salary offered to the batch is INR 19.00 lakhs per annum while the while the average is INR 19.21 lakhs.
o Average CTC in the Marketing Space: 21.8 lpa
o Average CTC in the operations Space: 26.5 lpa
o Number of offers with a CTC greater than 25 lpa, up by 18%

Fr. E Abraham, Director, XLRI – Xavier School of Management commented, “We are happy to announce that this year’s placement season has witnessed a remarkable increase in both the number of offers and recruiters. Number of new roles opened up on campus has also seen a rise over last year. There has also been a significant increase in PPOs over last year and an across the board increase in the salary package as well. We attribute the excellent placements this year as an affirmation by the industry of the high-standard of management-centric education that we strive to deliver to our students.”

Human Resources
Human Resources and Industrial Relations has for the longest time now been an immensely renowned degree offered by XLRI with most number of CHROs in the corporate space being its alumni. XLRI prides itself in the breadth of HR roles it brings on campus, spanning the FMCG, BFSI, Technology, Consulting sectors.

Marketing and Media
Sales and Marketing opportunities offered by the FMCG sector have contributed to establishing XLRI as one of the most preferred recruitment destinations over the years. This year, was no different with industry majors like HUL, P&G, ITC, Mondelez, Nestle, Reckitt Benckiser, Coca Cola, PepsiCo, Asian Paints, Colgate Palmolive, AB InBev, Heinz, GSK CH, HCCB among others opening up roles in the Sales and Marketing space. The media sector too made its presence felt this Placement season, with Star TV and Bennett Coleman & Co. Ltd opening up multiple roles on campus.

Technology
XLRI, this year has seen a huge increase in the number of technology management roles being offered on campus. Few of the firms that have recruited in this space include Uber, Directi, HCL, Capgemini, Infosys, Accenture, Tech Mahindra, Tata Sky and IBM among others.

Finance
In continuation with the positive growth of offers from the Financial space, that has been observed during the Summer Placements earlier in the year, XLRI has seen offers made by reputed firms in the financial sector. Students picked up PPOs from Investment banking roles offered by JPMC, Goldman Sachs and Avendus Capital. Recruiters from the BFSI space also include Citibank, Development Bank of Singapore, ICICI Bank, Yes Bank among others. ICICI Bank was the largest recruiter in this space. Students were also offered the wealth management role by Avendus Capital and Kotak Mahindra Bank. Other companies also visited campus offering PE, VC and IB roles.

Operations
The Operations space at XLRI this year has been a major bright spot, with some of the best roles in this domain being offered on campus. Amazon BOLD, Uber, PayTM, Cloudtail, Rivigo are among the firms to have made offers to students this year.