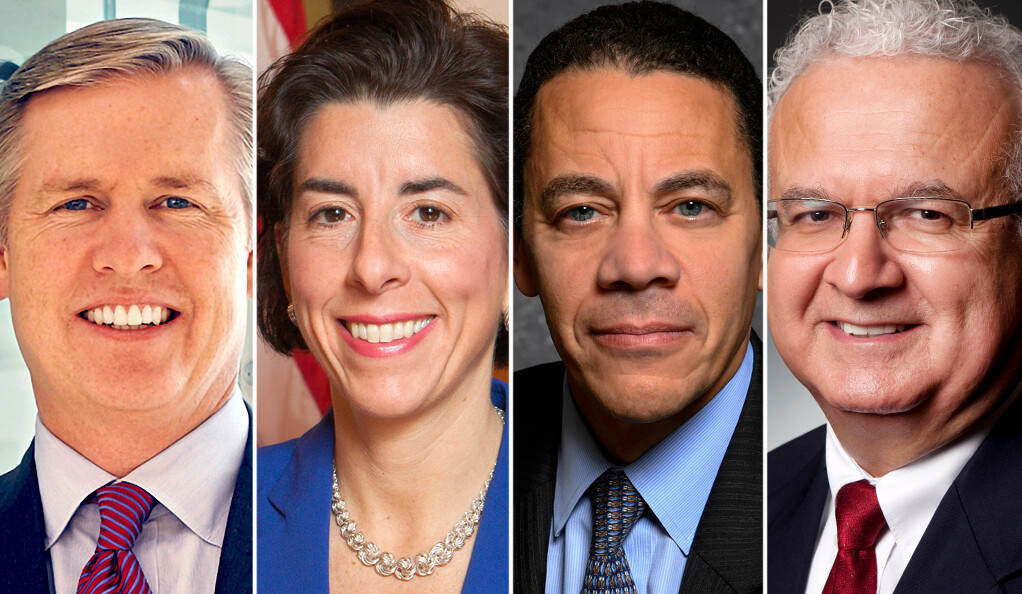 Yale announces new and reappointed members of the Board of Trustees

Two new members and two returning members will begin six-year terms on the Board of Trustees, also known as the Yale Corporation, beginning July 1, 2020.

President Peter Salovey has announced the appointment of Michael J. Cavanagh ’88 B.A. as a new successor trustee to Yale’s Board of Trustees, formally known as the Yale Corporation. Cavanagh, the chief financial officer of Comcast Corporation, begins his six-year term on July 1.

Cavanagh joined Comcast, a Fortune 30 global media and technology company, in 2015 after working 20 years in the financial services industry. His responsibilities at Comcast include overseeing all financial functions, corporate development, strategic planning, and Comcast Ventures, the company’s venture capital firm.

Previously, Cavanagh was the co-CEO of JPMorgan Chase & Co.’s Corporate & Investment Bank from 2012 to 2014. Prior to that, he served as JPMorgan Chase’s CFO from 2004 to 2010. Immediately before joining Comcast, he served as co-president and co-chief operating officer of The Carlyle Group, a leading global alternative asset manager.

Cavanagh, who was a resident of Trumbull College, fondly recalls the athletic and academic pursuits that marked his undergraduate years at Yale. “I can’t overstate the impact that living and learning with classmates from a full gamut of backgrounds, interests, and perspectives during my years at Yale has had on me to this day. Beyond Yale’s outstanding academics, the demands of being a rower prepared me extremely well for the professional challenges that came later in my career. Most important, though, were the valuable friendships I made during those years with my teammates and Trumbull roommates that last to this day.”

After graduating from Yale, Cavanagh earned his law degree at the University of Chicago Law School. He currently serves on the board of Yum! Brands, Inc. and is a member of the Council on Foreign Relations. Since 2017 he has served as a non-trustee member of the Yale Corporation Committee on Investments, which oversees the university’s endowment.

Current trustees Gina M. Raimondo ’98 J.D. and William E. Kennard ’81 J.D. have been reappointed to second six-year terms beginning July 1. Raimondo is the 75th governor of Rhode Island and the state’s first female governor. Kennard is co-founder and chair of Velocitas Partners, LLC, an asset management firm, and the former U.S. ambassador to the European Union.

Carlos R. Moreno ’70 B.A. will join the board on July 1 as a new alumni fellow. Moreno, a former associate justice of the California State Supreme Court who served as U.S. ambassador to Belize from 2014 to 2017, was elected to the board in a worldwide balloting of eligible Yale graduates; 18,135 alumni from all 50 U.S. states and 160 countries cast ballots, and voter participation increased 7% compared to the 2019 election.

During the voting process, alumni were asked to send nominations for future alumni fellow candidates to the Alumni Fellow Nominating Committee, a group composed primarily of graduates from across the university’s schools and departments. Nominations may be submitted year-round to the committee at the Yale Alumni Association website.

“It is a pleasure to welcome Mike Cavanagh and Carlos Moreno to the board of trustees,” said Salovey. “I also am delighted that Gina Raimondo and Bill Kennard have committed to serving for another six years beginning July 1, 2020. Mike, Carlos, Gina, and Bill have my deep appreciation for being willing to provide their expertise, wisdom, and time to Yale during a period of great uncertainty and change in our nation and around the world. The breadth and depth of knowledge and experience they bring to the university are extraordinary. Yale is fortunate to have alumni volunteer leaders who care so deeply about our mission and our role in bringing light and truth to the world.”

The Board of Trustees

The Yale Corporation, the university’s governing board and policymaking body, includes 10 successor trustees selected and appointed by the current board and six alumni fellows nominated and elected by eligible alumni. A new alumni fellow is elected each year.

“India and Bangladesh have scripted a golden chapter in our partnership under the visionary leadership of Prime Minister Modi and Prime Minister Sheikh Hasina”: Shri V Muraleedharan