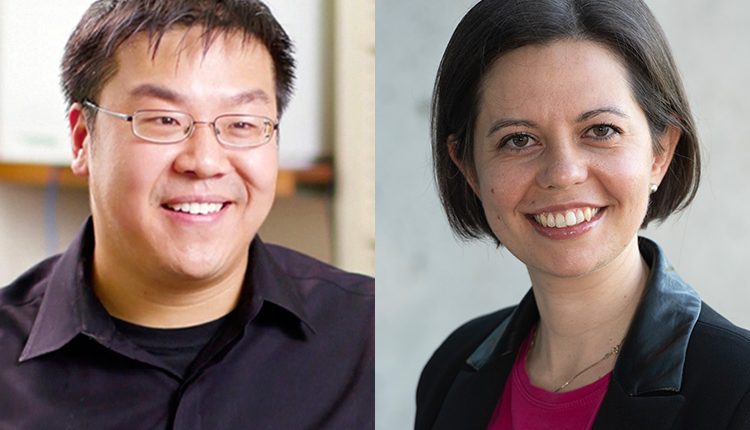 Norman Yao, assistant professor of physics, and Raffaella Margutti, associate professor of astronomy, received 2021 New Horizons in Physics Prizes from the Breakthrough Prizes Foundation for their work on time crystals and the sources of gravitational waves, respectively.

Raffaella Margutti, a newly arrived associate professor of astronomy, and Norman Yao, an assistant professor of physics, are among nine winners of the 2022 New Horizons in Physics Prize, awarded every year to early-career scientists by the Breakthrough Prize Foundation.

The foundation announced the prizes today (Sept. 9) along with the 2022 Breakthrough Prizes in life sciences, fundamental physics and mathematics.

Each of the New Horizons prizes — given separately in physics and mathematics — comes with $100,000. Margutti, the Marc and Cristina Bensadoun Associate Professor, will share the prize with three colleagues for “laying the foundations for electromagnetic observations of sources of gravitational waves, and leadership in extracting rich information from the first observed collision of two neutron stars,” according to the announcement.

The prizes have typically been distributed at an all-star gala often referred to as the “Oscars of Science,” but the awarding of the 2022 prizes has been postponed until next year because of the COVID-19 pandemic.