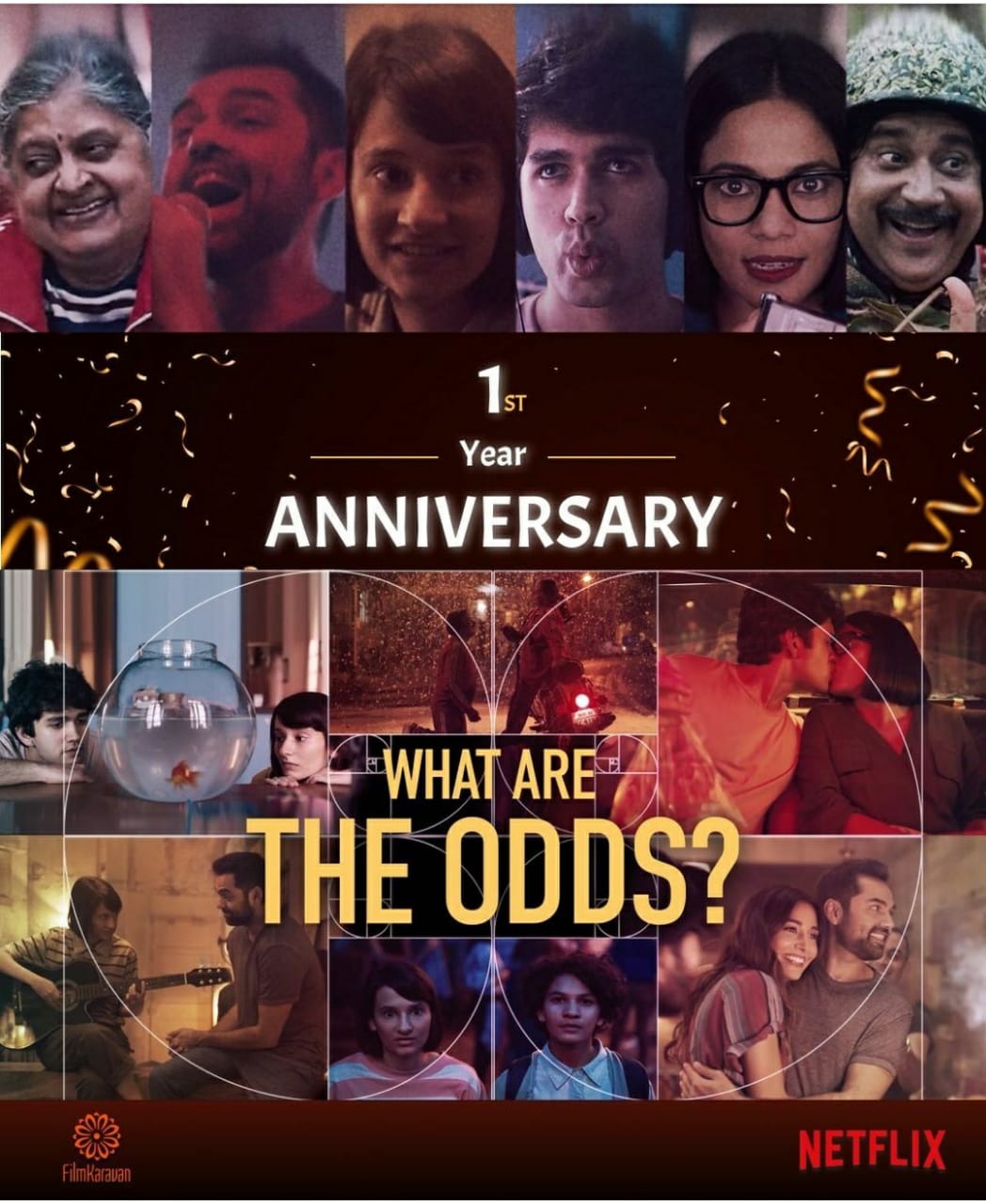 New Delhi: Netflix’s feature film What Are The Odds, a sweet slice of a film about the lives of two school kids from Mumbai. Vivek (Yashaswini Dayama) and Ashwin (Karanvir Malhotra) turned exactly one year today. What are the Odds? a lockdown release feature film, which saw Abhay Deol donning the producer’s hat in collaboration with the makers of Delhi Crime- FilmKaravan Originals is celebrating one year of release today on 20th May, directed by Megha Ramaswamy the film also featured Monica Dogra, Priyanka Bose, Manurishi and Sulbha Arya. The story revolves around two unintentional teenage friends who end-up spending an entire day together. The movie not only did wonders for the audience but also has etched deeply in our hearts.

Reminiscing about the film’s journey, Director Megha Ramaswamy said, One Year since our bundle of many joys saw the light of day! It has really been a year full of odd squadding. I cherish every message song and work of art that has poured in from all over. If there was something that kept us hopeful, it was love. Everyday the outpour of many people/artists creating their piece of art using stills from the film, writing poems, singing covers… it still feels surreal! We are all such a close knit community of friends now. I am thankful I got an opportunity to work with a wonderful cast and crew! This is the start of something special. I hope everyone is home and safe! Thank you for preserving us so endearingly in your kind hearts.

Adding to the director’s quote, Yashaswani said “Time really flies and how, imagine even in a lockdown. It just feels like yesterday that we were promoting this film, recording bytes, doing our press rounds and adapting to Work From Home. And here we are, one year to release but still at home. These are very challenging times and we are all trying to get by. I hope and pray that we get back to normal as we know and come out of this in good health. Happy to be celebrating the One year anniversary of What are the Odds. You can now watch it on Netflix India”

Talking about the same, Karanvir said, The times are really tough for our country. Having some sort of a silver lining always brings a gentle smile during a crisis, this a catastrophe though so looking at the bright side is extremely hard. Anyway, the silver lining in this case is that my first Independent film ‘What Are The Odds?’ celebrates its first anniversary. Well there obviously isn’t any celebration as such but it feels good to know that our colourful little film brought some cheer and inspired plenty to dream out loud!(DOL! Is that a term yet?)
The film was released during the 1st lockdown last year and is celebrating its anniversary in the 2nd. I really hope this cycle doesn’t continue further. The biggest highlight for me after the release has been the artwork people have created and tagged us in. The love people showered through creating doodles, poems, videos etc is special. Feels good to see that two school kids crouching and staring at a fishbowl with a gold fish talking to them miraculously has caught people’s eye and has been recreated the most. Well, it’s kind of symbolic as we’re all staring at the future in the same way hoping for some miracle to unfold.

Talking about the same, Producer Pooja Kohli said,
What are the odds? It is a very special film for us. We learnt the art of work from home and it was just the start of the pandemic. Despite the challenges and crises, we sailed through. I really hope that we tide over the second wave soon , to get back on ground & experience human connection once again . Safe & Healthy wishes for everyone