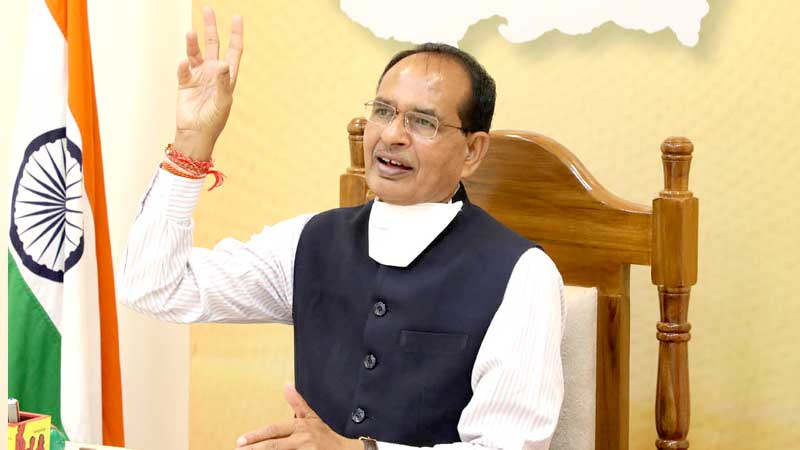 Yoga training will be imparted in every school of Madhya Pradsh: CM Shivraj Singh Chouhan

Bhopal : Chief Minister Shri Shivraj Singh Chouhan has said that Yoga is Ramban to boost immunity. The entire World needs it in times of corona pandemic. We have to save the suffering humanity from this horrific crisis by spreading Yoga more and more. Corona is completely under control in Madhya Pradesh. We should adopt Yoga and Ayurved, so that the corona wave does not hit again.

Chief Minister Shri Chouhan has said that Yoga education has been made mandatory in the new education policy. Yoga training will be imparted in every school in Madhya Pradesh. There is a need to make Yoga a regular part of our daily routine. ‘I myself do 5 types of Pranayam every morning. As a result, I worked continuously even after suffering from corona. I did not face any ill effects of Corona’, he added.

Chief Minister Shri Chouhan has said that Maharishi Patanjali has given a unique treasure like ‘Yoga’ to the whole world, which is our invaluable heritage. By following the path of yoga, one attains mental happiness and physical health. Maharishi Patanjali had said ‘Yogashchittavrittinirodh:’, i.e. to calm the mental instincts properly is yoga. The whole world can be happy and healthy by adopting the Ashtanga Yoga Yama, Niyam, Asana, Pranayama, Pratyahara, Dharna, Meditation, Samadhi, taught by him.

PM Shri Modi promoted Yoga all over the world.

Our visionary Prime Minister himself does yoga every day and has promoted yoga all over the world. Yoga has played an important role in controlling corona in India, which is accepted by the whole world. He has made yoga mandatory in the new education policy.

I used to teach Yoga to children

Chief Minister Shri Shivraj Singh Chouhan said ‘I used to teach yoga earlier to children myself. Now, when I get time, I will teach yoga to children again. I have a keen interest in yoga.’

Will adopt conclusions of webinar

Chief Minister Shri Shivraj Singh Chouhan said that after the brainstorming by the yoga experts in the webinar, the conclusions drawn will be adopted in Madhya Pradesh and more and more publicity will be done.

Dr. Jaideep Arya, President of Haryana Yoga Parishad, who was presiding over the webinar, said that by doing yoga and pranayam continuously, the thyroid and spleen of our body develops disease resistant elements, which protect us from diseases. The long sound of ‘Omkar’ is very helpful in boosting immunity.