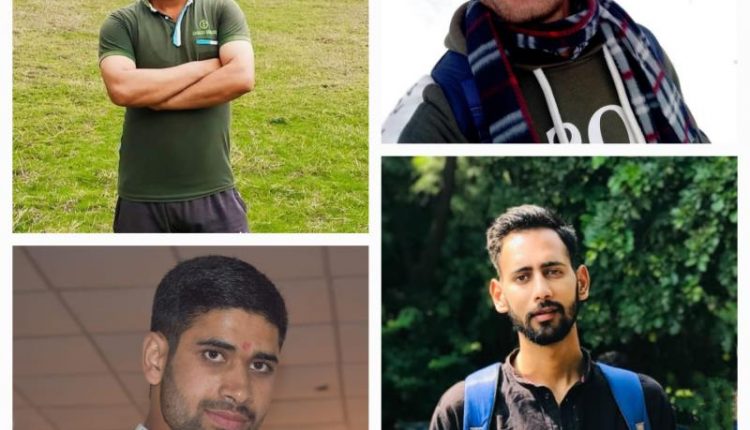 ‘Yogita se Rozgar’ ; Employment assured to all eligible with dignity in Doda District

DODA : After re-organisation of J&K, the government has taken varied steps for bringing a positive change in the people’s mindset with regard to the functioning of the administration at different levels.

Yogita Se Rozgar imitative is one such move where transparency and fair selection was made the benchmark to rope in youth squarely on merit basis. Fair and transparent selection process assured each competitor the position he deserved with dignity.

Recently, Yogita Se Rozgar Mahotsav was celebrated in Doda district during the Block Diwas. The elated candidates selected for different posts were felicitated by the administration for beating the competition.

Each selected candidate as Panchayat Accounts Assistants and Class IV had their own account of apprehensions and fears before final selection. However after the selection, “We can say with full conviction that the system has changed and only the best on the merit scale will get the job and not through political influence or any other unfair means.”

Jagdeep Singh of Chounwari village of tehsil Gandoh District Doda has been selected as class IVth class employee in Jal Shakti department at his home place. His father was in the army and fought the 1971 war. After retirement, he died in an accident. Jagdeep’s family was receiving very little pension, due to which Jagdeep could not continue his higher studies. He said that he left his studies and used to work as a labourer. He is highly satisfied with his new job in the Jal Shakti Department and applauds the initiatives of the LG Administration in bringing transparency in the system.

Another candidate Anirudh Singh of village Sewli Shingini of Tehsil Gandoh shares similar feelings on his selection as Accounts Assistant (Panchayat). “I belong to a very poor family and hail from a far flung area. I worked very hard and thought myself fit for the post. But for the transparent recruitment I am in this position” he sahered. Similarly, Parmodh Singh of Choinwari Tehsil Bhalessaa is selected as class IVth in the Revenue Department at Gandoh. He belongs to a farmer’s family. All my apprehensions and fear proved wrong as the UT administration ensured fair selection, which it had promised.